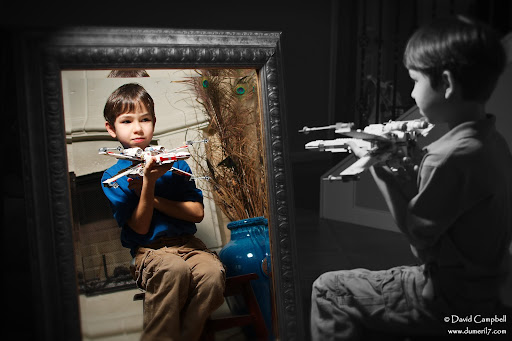 This is a trial shot on a concept that's been rattling around in my head.  Not a bad first try in my opinion.  I like the way the color of the vase ties in with D's shirt.  The lighting is a little too dramatic though.  BTW, this is my first "serious" photo with my new (to me) D7000.  Hopefully I get around to a full realization of the concept because I think it'll be pretty cool.  I'm going to have to sharpen my Photoshop skills though.