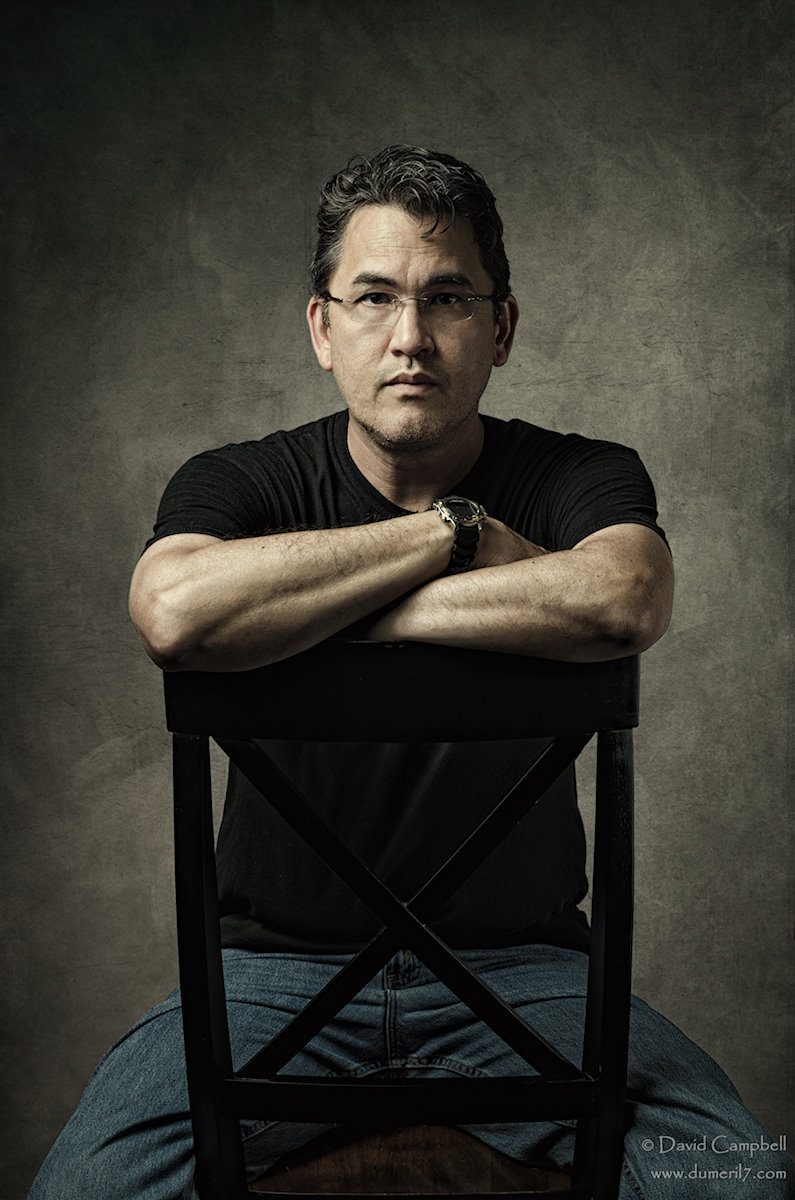 Awhile back I bought a 48" octabox off e-bay and I finally got a chance to experiment with it. Here are my initial impressions. 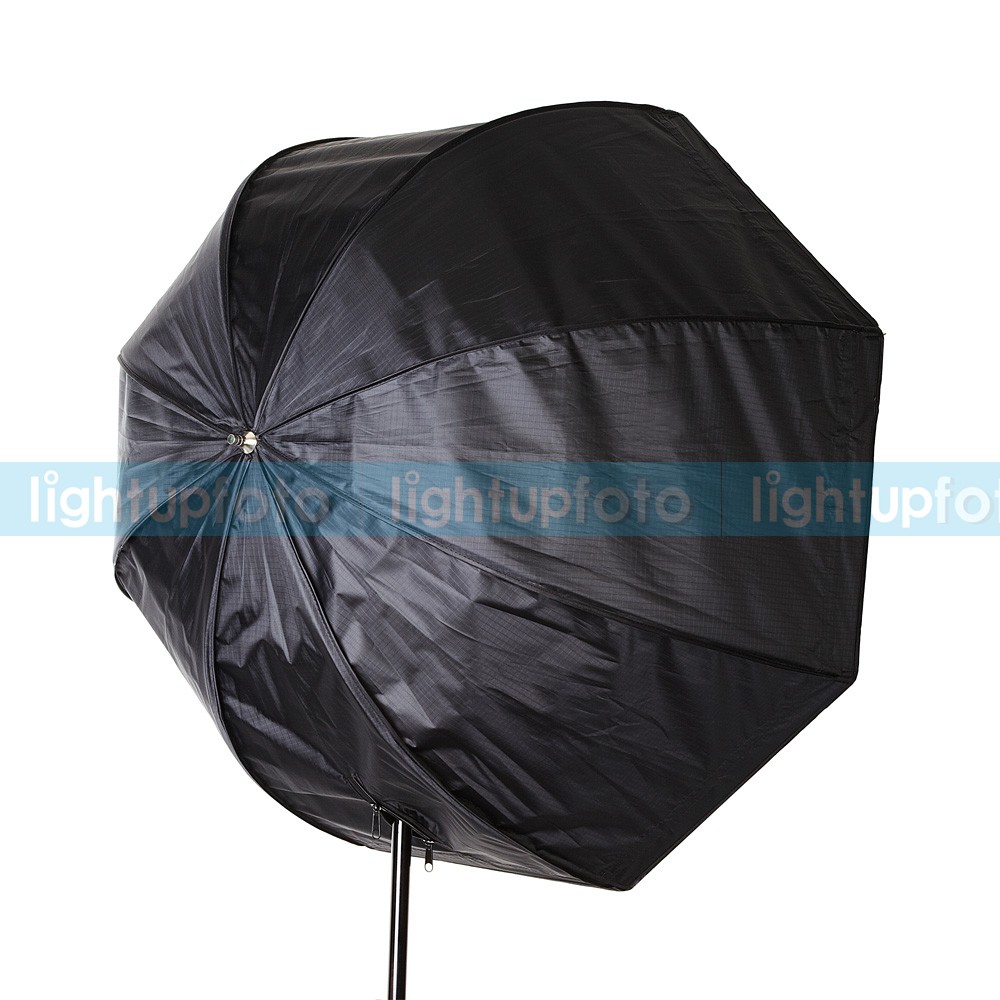 I know these things come in 7 foot versions, but 48" is big. Big enough to do a full length portrait or shoot 3-4 people.  It looks petty imposing on a stand. For the self-portrait above, I had it set up at a 45 degree elevation and 45 degrees to camera-left. It's pulled in really close, not far outside of the frame. I also placed a silver reflector on the other side to lighten the shadows a little. As you can see, the quality of light is lovely. As you'd expect, it casts very soft shadows and it does an admirable job of deemphasizing my crummy complexion. As a result of the size, it's almost laughably easy to get great lighting. 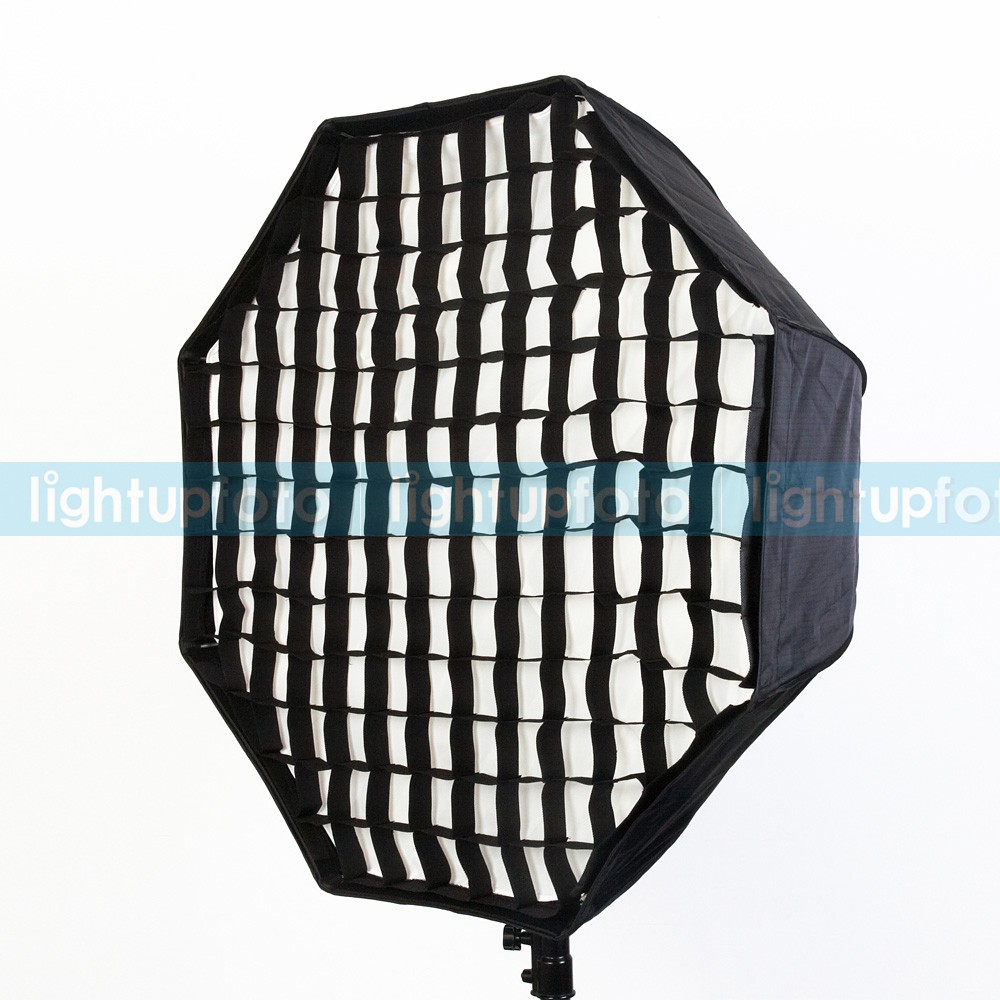 The design of the octabox is basically a silver bounce umbrella with a diffuser. It's pretty efficient due to the silver reflective surface and the fact that the light only goes through one diffusion panel, unlike my EzyBox which shoots the light straight out the front but through two layers of diffusion. The fit, finish, and materials are all of very reasonable quality. It looks professional and I don't have any worries that it's going to fall apart prematurely. In terms of usability, the umbrella design makes it really fast and easy to set up, which is a hard requirement fo me. The octabox included a grid that velcros onto the front rim of the softbox to contain light spill. My initial impression is that the grid is pretty much a necessity for a bigass box in my tinyass studio. The grid works exactly as advertised and the spill that did occur onto my backdrop had a really nice gradient that added to the mood of the photo. One thing that I didn't get a chance to experiment with yet is feathering, but I expect that the possibilities will be terrific on that front with the octabox design and the grid.

As expected a 48" box is more of a workout for a single speedlight than my smaller softboxes, but I still had several stops of power to spare as I was shooting at ISO 100 and f/8 aperture. But I think I will pick up a double or triple coldshoe bracket so I can load it up with additional speedlights when necessary. 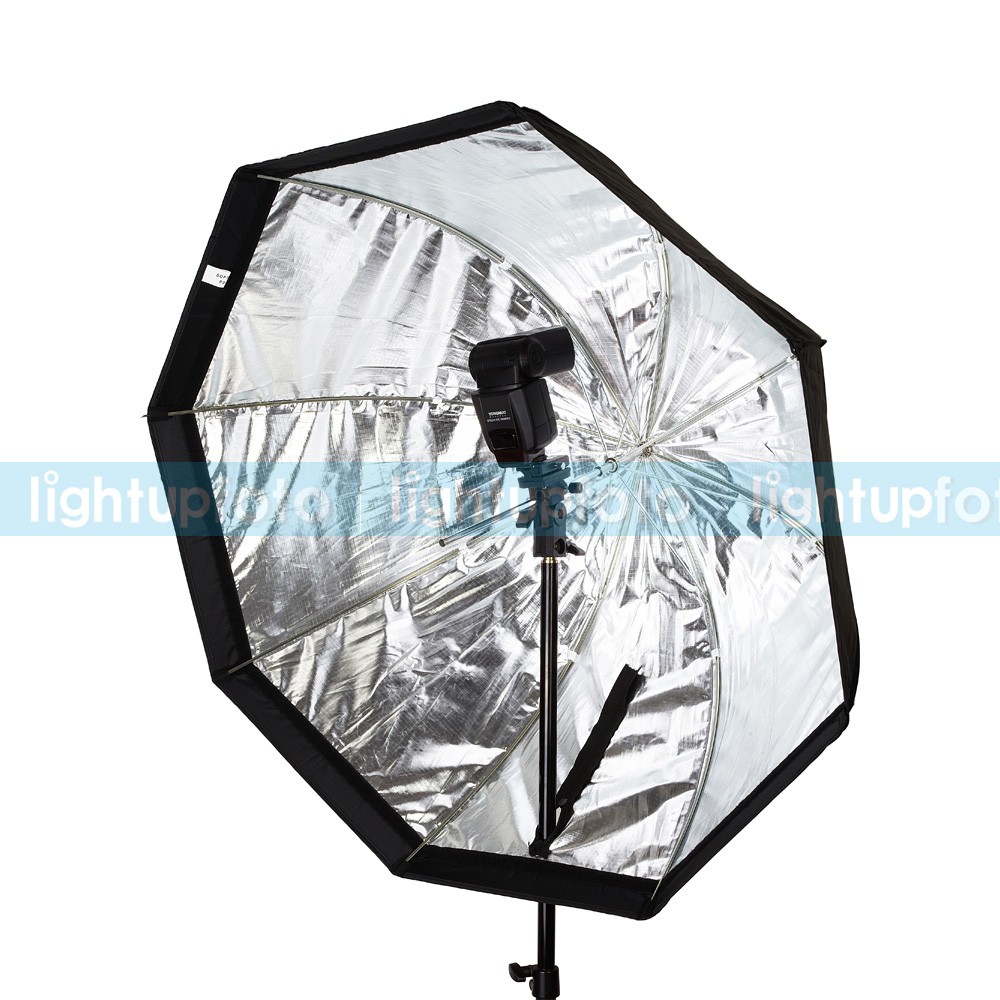 One downside of the design is that the flash unit (it accepts speedlights or studio strobes) is placed inside the octabox. This makes wireless triggers mandatory and it means that if your triggers don't support TTL or remote power control, you have to open up the diffusion panel and grid to adjust the flash power, which is a hassle. To minimize this, I left one corner of the panel partial unsealed until I got my flash dialed in, then I sealed it up and installed the grid as one of the last steps before I starting shooting for real. Another drawback of the design is that the lightstand passes through a zippered slit in the bottom of the octabox. The slit provides only a small amount of tilt adjustment range. So a boom is highly recommended if you want more range, which you will.

On balance I'm really happy with this softbox, especially in terms of its performance as a lighting modifier. It's a no-brainer for the $65 I paid for it.