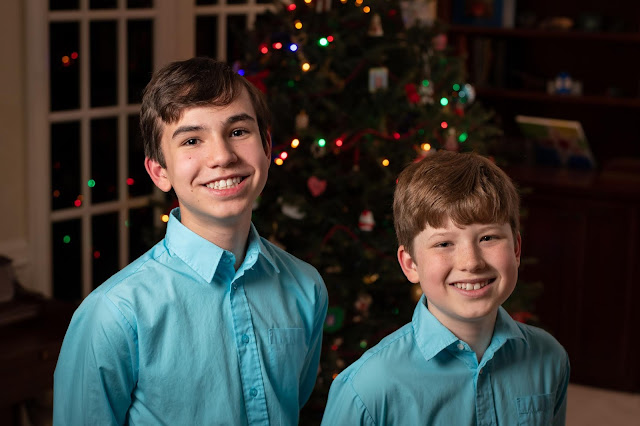 It's that time of year again. Time for the annual holiday photo.

For the past 6 months or so, whenever I've done taken flashed photos, I've tried to take the time to gel my lights. Why? Because reading through the Strobist 103 series gave me a more critical eye on the light color. When I first starting shooting with off-camera flash, I was just in love with the ability to control the direction and shadow characteristics of light. I didn't pay all that much attention to the color actually. 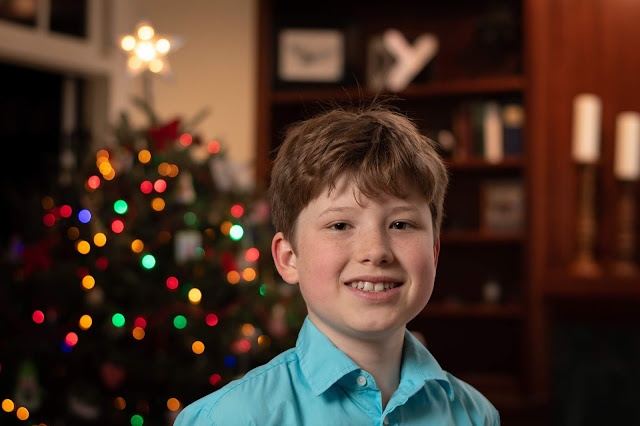 But color is vitally important. It's one of the key lighting factors in creating the mood or selling the look. But photography strobes have a color that I wouldn't call "unnatural", but it's true that you just don't see light in that color very often. You only see 5600K sunlight at high noon, in broad daylight, on a clear day, without a lot of reflective surfaces around, and technically only at a certain latitude. The sunlight you see in any other situation, is tinted by the atmosphere, reflective surfaces, the chemistry of the bulb, and a million other things. And indoor lighting is normally not that color either.

Strobist 103 explained it all. From there I just started looking at light color with a more discerning eye, and becoming less enthralled with my bare strobe photos. 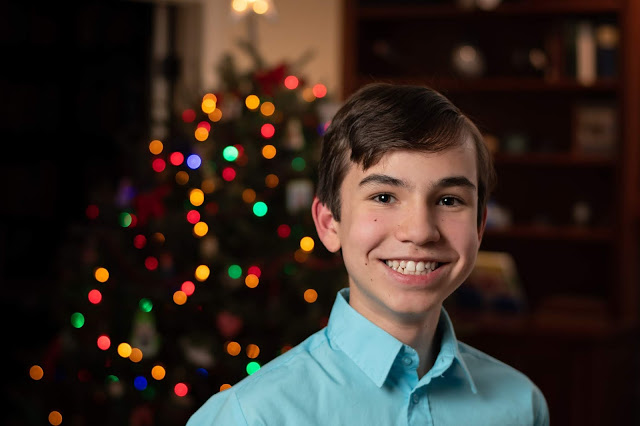 So in 2018 I've been more diligent about considering how I should gel my strobes to better match existing light, or to create mood.

For the holiday photos, I gelled my speedlights with 1/4 CTO gels to add a bit of warmth that complemented the ambient lighting and gave the resulting photos more realism and character. In my opinion, anyway.

Beyond the gelling, I used two speedlights - a bounce off the ceiling for fill and a key light shot through my 24" softbox placed camera-left. I wanted a large aperture to get some twinkly Christmas lights in the background. For the single subject photos, I used f/2.5, but for the lead photo with both kids, I stopped down a little to f/3.5 to give myself a bit more depth of field since it's hard to get multiple subjects to align perfectly in a really shallow focus plane.

Especially two fidgety, short attention spanned boys who would rather be doing anything other than taking Christmas photos.
Labels: Nikon D7000 photography