The Answer Was Right There 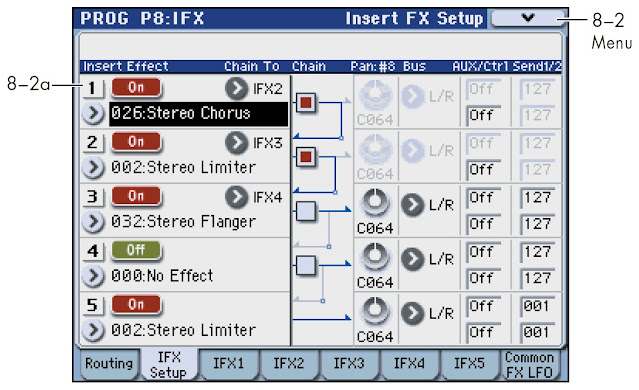 I haven't posted anything on the Korg M3 in over 6 years! But it's still my go-to synth and it gets used anytime I need a sound other than guitar, bass, or organ. I had to replace the touchscreen several years ago, but it's been running like a top since and I hope it lasts for at least another 10 years. While the M3 is now far below the state of the art, it is so deep in terms of programmability and flexibility that I don't feel like I've plumbed even a quarter of its capability. And to my ears, it still sounds wonderful. It just doesn't seem worthwhile to replace it. I have a feeling that 95% of keyboard workstation players are like this – they only scratch the surface of what their instruments can actually do and they upgrade because their instrument breaks down or they want some more contemporary sounds, rather than because it's holding them back.

Recently, two music projects have reminded me of just how capable the M3 is.

First, I've been trying to put together a band with another guitarist. We've been getting together in my little studio, refining a small set list before we add other players. One thing we've been missing in our practices is some reverb for the vocals. My old Lexicon LXP-15 bit the dust so I didn't have reverb to use with my PA system. But the answer was sitting beside us in the same room: The M3. I just patched the M3 into an auxiliary bus on my PA mixer, set a few parameters, and voilà – we now have reverb. And an excellent sounding reverb at that. Now, I don't think I'd want to drag along the M3 to a gig just to be a reverb unit, but for practicing in my little studio where the M3 already sits, it's a great solution and one that is already paid for.

The second project I'm working on is rekindling my looping rig. This time, I've added guitar synth via a Boss SY-200. The SY-200 is an amazing little device, but it lacks built-in effects. M3 to the rescue. It really puts the final polish on the SY-200's sounds. In this project, taking the M3 to a gig is completely acceptable because I'm using the M3 as part of my looping rig anyway. Having all of the M3's effects available to process the SY-200's sound is an embarrassment of riches. And many of those effects will "stereo-ize" a mono source, addressing another of the SY-200's limitations. The downside is that it's going take precious effects slots from the M3 itself, but looping is primarily a guitar endeavor for me, so it shouldn't be a problem.

While researching how to do both of these tasks (I can't remember the exact procedure for everything the M3 can do, it's just too vast), I was reminded of how incredible the M3's effects section is. 170 effects algorithms covering, well, damn near everything. Seriously, pretty much anything you'd want to use effects for – FOH live sound, recording, vocal enhancement, dynamics processing, guitar or bass amp modeling, specialized sound effects, mastering – the M3 can probably manage it. Whatever odd ball effect it is that you want, the M3 probably has it. And they all sound pretty good too, and in many cases, really good. The routing of audio to, from, and between effects is incredibly flexible. It essentially integrates a full-featured, multi-bus digital mixer to the effects engine. Many effects parameters are modulation destinations for MIDI and the M3's controllers, so the options for real-time control over the effects are myriad. The only real limitation of the M3's effects is that you can only run 8 of them at once (although many of the algorithms actually provide multiple effects in one "slot"). That's plenty for my band and looping projects, but it does force some compromises when you're sequencing songs on the M3.

All in all, I've owned several hardware-based multi-effects units in my life and none of them offered anywhere near the range, flexibility, audio quality, and real-time control of the M3. And that's ironic since the M3's primary purpose isn't even effects!

If Korg made a hardware version of the M3's effects (including the routing and real-time control) and priced it reasonably, I would absolutely buy it.