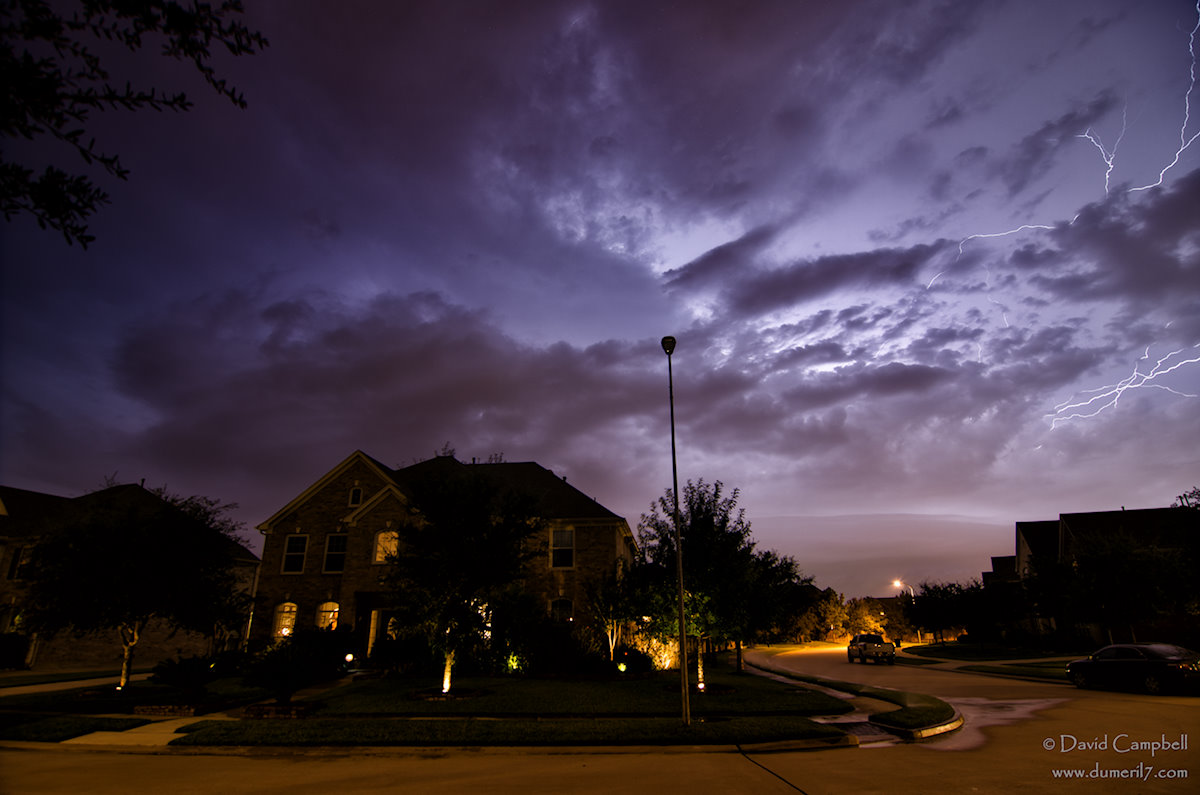 Wow. I hadn't realized it's been a whole month since I lasted posted! That's way too long. Sorry for being so negligent, but I've had good reason.

First, we went on vacation in July. We went to Universal Studios in Orlando. We promised our kids that if they read the entire Harry Potter series we'd taken them to the Harry Potter park. Well, they kept their end of the bargain so we had to keep ours. We were some of the crazy fools to visit the brand new Diagon Alley area. You know, the one with the 7 hour lines. Fortunately, we had "early access" and "express" passes which shortened the lines considerable, although we did spend a godawful anount of time standing in lines in the Florida heat.

While I was out on vacation, all manner of hell broke loose at work so I've been really busy with that the last few weeks.

And finally, we have a really big life change event coming up that I'll talk about in a future post.

The photo above is a lightning storm that rolled over our neighborhood last night. It produced a hell of a light show and it made a lot of racket. But no rain to speak of. Big hat, no cattle, as they say in Texas.
Labels: lagniappe photography