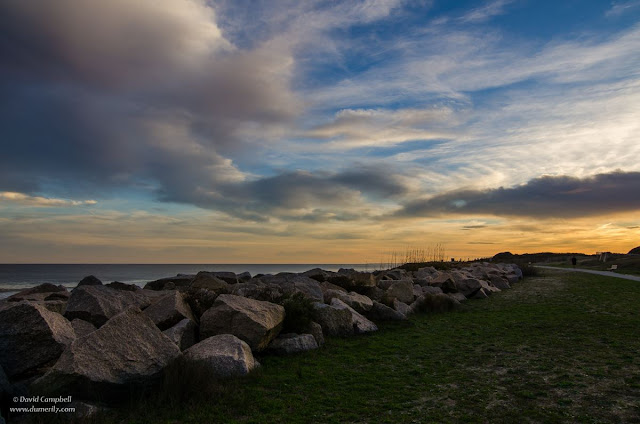 A scene from the beach across the street from the North Carolina Aquarium at Ft. Fisher. I didn't have a lot of time to shoot as we stopped there opportunistically in the small window of time between when we visited the aquarium and when they closed the parking lot for the night. But I was lucky because at least that time window was right at sunset.

The shoot marked my first set of photos using the Mefoto Globetrotter tripod that my wife got me for my birthday. It worked really well. It's more effort to set up than my Manfrotto 055XPROB due to the fact that each leg has 5 segments instead of 3. And it's probably a little less stable and rigid for the same reason, but I had no trouble with it. It was rock steady on this shoot. It was certainly a lot easier to lug around!
Labels: photography