Why You Don't Request RAW Files 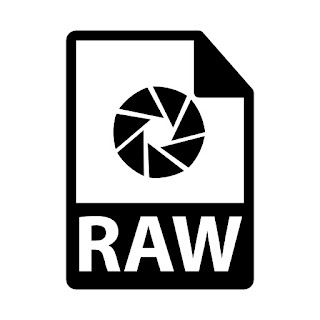 There's a frequent debate in photography circles about giving RAW files to clients. I say "debate", but it really isn't. It's typically an individual (usually a non-photographer, newbie, or small-timer) who expects to get the RAW images and does't see what the issue is, and complains about it. Then there's a very large chorus of others who's response is, "Ain't gonna happen."

I'm not a professional but I shoot RAW. And to me, the question shows a profound lack of understanding about what it takes for most photographers to make a photo.

The RAW image is exactly that: raw. It's the rough draft, the lump of clay, the unmixed tracks of a recorded song.

To my way of thinking, requesting the RAW files is an odd expectation. You don't buy music expecting to receive the multi-track masters. You don't go to a restaurant and expect to get the ingredients along with your meal. You don't buy a ticket to the ballet expecting to see the dress rehearsals.

Virtually every photo that you see has been post-processed. Even so-called "straight off the camera" jpg images get post-processed from the RAW file by the camera itself, under the "artistic" control of the camera's settings. Most professional and serious amateur photographers do the post-processing themselves to have greater control over the final image. This is because all cameras and lenses have technical limitations. The straight-out-of-camera image is often not a particularly accurate representation of what the scene looked like in reality. The tones, colors, prospective, and other elements are usually a bit off. And even on those rare instances when it is highly accurate, it may not be representative of the photographer's vision for what he/she wanted the image to look like.

This isn't a by-product of the Photoshop age, by the way. It's been done since the beginning. Ansel Adams said, "Dodging and burning are steps to take care of mistakes God made in establishing tonal relationships."

When you buy a print, or engage a photographer's services, you aren't just buying their skill and vision with the camera. You're buying their skill and vision with post-processing too. What they do in post-process can be an equal or greater contributor to the final image than what they do with the camera. You're not paying for drafts. You're paying for the finished product.

Amateurs generally don't want to provide RAW files either. I've received e-mails from visitors to my site requesting RAW images. I'm pretty sure these people have good intentions. In my case, they just want to practice their post-processing. But I politely decline.

Long before I made this policy, there was a guy on an audio recording forum I used to frequent who downloaded an MP3 of one of my instrumental songs and added a vocal part to it. He did this without asking. It was a presumptuous thing to do and I wasn't very comfortable with it. But he meant well and I didn't want to be rude so I didn't complain. But his addition to my song was terrible. The lyrics were dumb, the melody was trite, and he was a lousy singer. From my point of view, he ruined my song.

Unfortunately for me, he got some encouraging and probably overly-positive feedback from the recording forum. (That's the thing about critiques from the Internet; they're either too praising, or over-the-top trolling.) That inspired him to request my multi-track masters so he could remove the guitar solos. Now that was just too much. I politely declined. I just couldn't bear to enable somebody to further destroy something I'd put so much work into. But even I was wrong in my assessment and his version was actually really good, I hated the idea of somebody revising my concept like that. I never wanted a vocal song. I had a very specific notion of the type of instrumental I wanted and I worked my ass off writing, playing, and recording melodies designed to be carried by the guitar. Not that I'm comparing myself to Da Vinci, but this dude painted a mustache on my Mona Lisa and asked for the original canvas, paints, and brushes so he could get rid of the smile and put her in a pants suit.

So, if you ever find yourself thinking you need the RAW files from a photographer, think again. You'd be better off just taking the photos yourself.
Labels: music photography