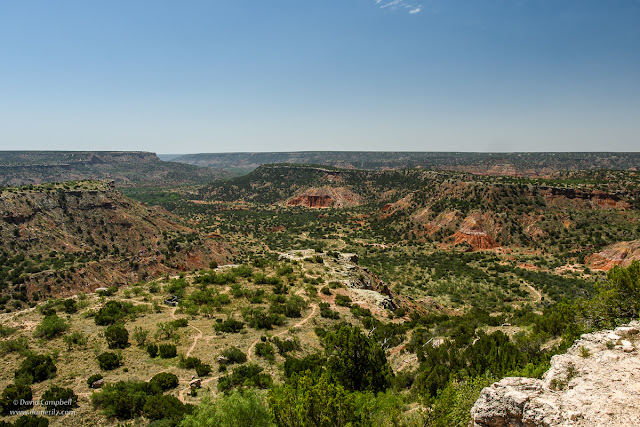 Back in July, I took a 4-day road trip from New Mexico to North Carolina. I love road trips! Some people hate the ideal of driving all day. I love it and I always have. Driving down a scenic highway in light traffic, either by myself or with just a few of my favorite people, and improvising a route based on whim and interesting descriptions from a book (or Google) – that's my idea of vacation! 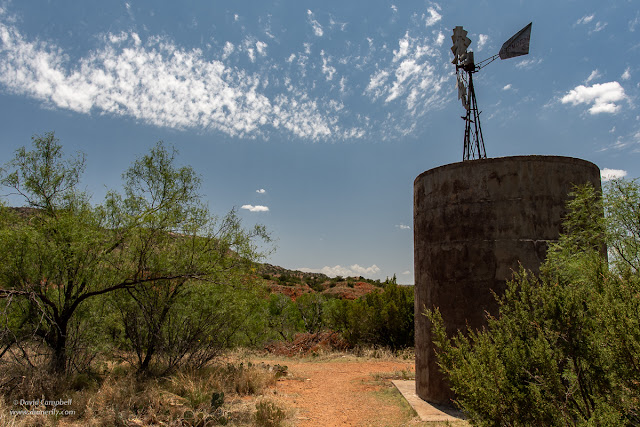 Unfortunately this trip was more business than pleasure. I couldn't stretch it out nearly as long as I'd like and had to take I-40 across the country. But from New Mexico through Arkansas, I-40 is actually very reasonable in terms of traffic – even on July 4th holiday! I did set aside just enough time for the trip so that I could pace myself at about 6 hours of driving a day. That gave me a few hours each day to take some photos along the way. I got off the interstate frequently to make little loops on scenic roads or to visit some interesting photo destinations. Like Palo Duro Canyon State Park. 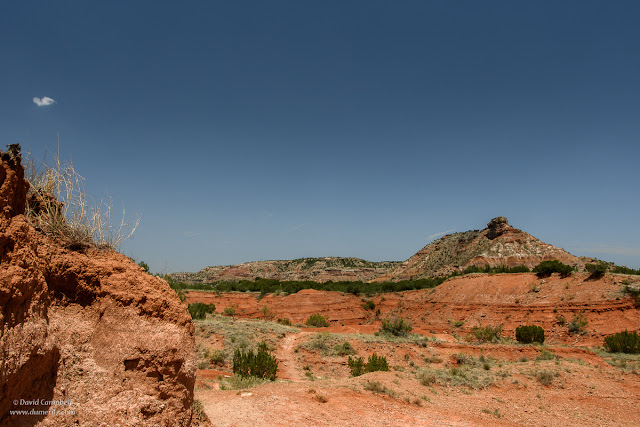 Palo Duro Canyon lies near Amarillo in the Texas panhandle. It is the 2nd longest canyon in the US and while it isn't the Grand Canyon, it's still pretty damn impressive. The red dirt and big blue skies make for a splendid landscape. This is where I learned the biggest lesson from my trip. When I was planning my trip, I had prioritized particular destinations without much concern for the time of day I would arrive there. I just mentally accepted that I'd have to take what I got in terms of light. In retrospect, I think that was a mistake. A better strategy is to arrive at your key photo destinations at the end of the day, then stay overnight there. Then you can shoot your destination in golden and blue hour light at sunrise or sunset. Of course timing that to work out for each photo location is easier said than done when you have to complete a long journey in a limited amount of time. One guiding principle that helps is that it's usually better to shoot a so-so location in great light than a great location in so-so light. Obviously, wherever you can you want to have both, but when you're forced to make hard decisions, choose light over location. So if I were doing it again, I'd probably sacrifice some of my more desired locations for lesser ones in order to take advantage of light. 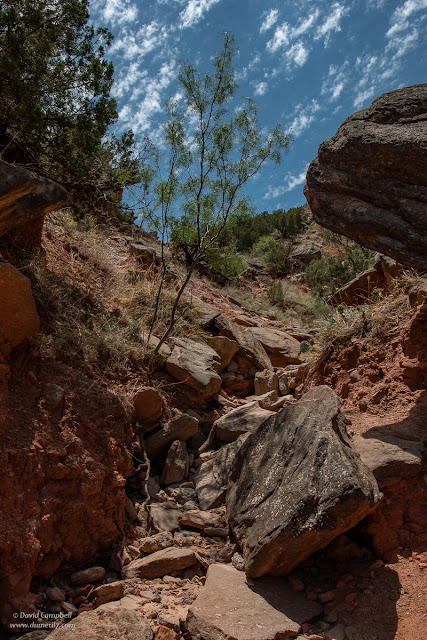 Consequently, my photos from Palo Duro have the harsh light and dark shadows of midday sunshine. A sunset over this landscape would have been ridiculously beautiful. Sigh. Oh well. 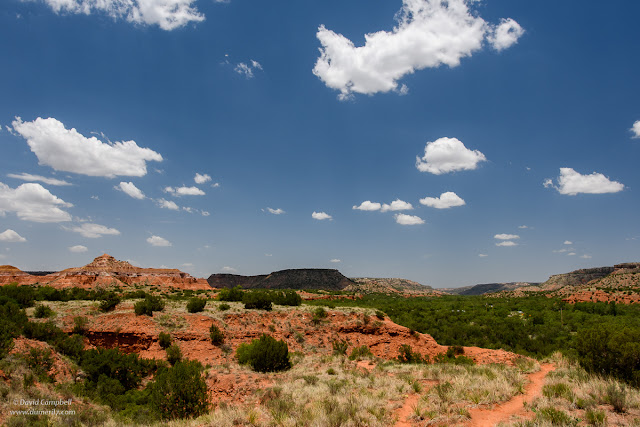 All that said, the photos I got are still pretty decent. Palo Duro is just that photogenic. On the positive side with respect to midday light, the big blue sky made a nice contrast with the red dirt. Plus I suppose you could argue that harsh light is aesthetically aligned with the harsh climate and terrain. 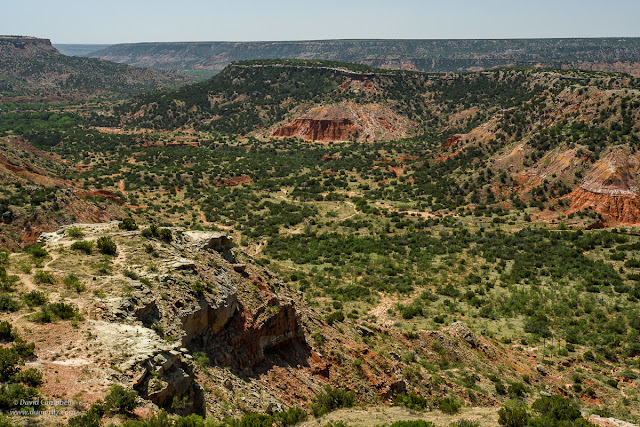 The green of the foliage complements the red soil nicely too. Having spent most of my life in the West, I can tell you that the American desert plains don't always look this way. More often than not, the scrubby bushes and grass are yellowed from low precipitation. There must have been pretty good rainfall in the panhandle this year. Now, I said that I should have timed things to arrive in the late afternoon and stayed overnight. Yeah, that would have been ideal for photography. But it would have sucked from a comfort standpoint. It was blazing hot. I mean like frying eggs on the sidewalk, hazy water mirages on the highway, surface of the sun type of hot! Just driving through the park in my air conditioned car and stopping to get photos along on the road was hot, sweaty work and there were annoying, biting flies buzzing around everywhere. (They apparently like Asian Fusion food.) Sleeping in a tent that night would not have been fun. Hotels were an option (it's not that far from civilization), but the park opening and closing times were such that I'd miss sunrise and sunset which would destroy the whole point.