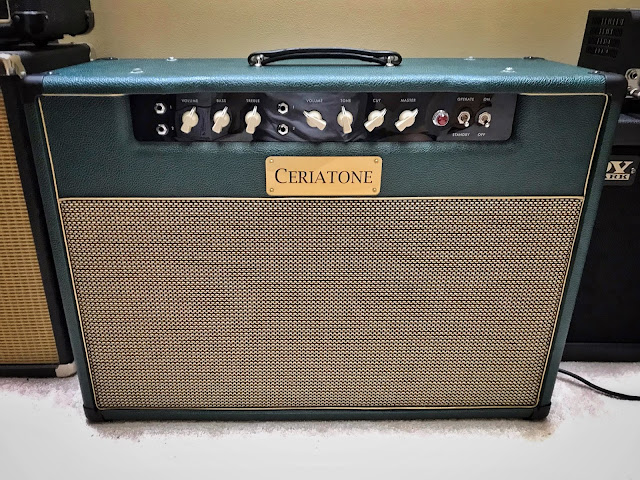 A follow up on my last post. The 5V4s did in fact work as advised. They made the amp a little bit gainier and smoother, with a softer attack. All of which made it slightly better for playing lead lines. There was also a tiny bit of volume loss, but hell this amp is capable of way more volume than I usually need. So that's probably a plus as well. The softer attack makes rhythm parts slightly less crisp and articulate, but only a little bit so it's a trade I think I'm willing to make.

I should say that all these changes I'm describing are pretty darn subtle. It's not night-and-day like some people have described. In fact if I hadn't spent 20 minutes playing the amp with the stock 5AR4 to calibrate my ears, I may not have noticed. But it's definitely there. The basic character of the amp remains, but 5V4s soften it and round the edges a little bit. Perhaps I'll switch back after the newness wears off, but for now I'm keeping them in.
Labels: music technology tone musings