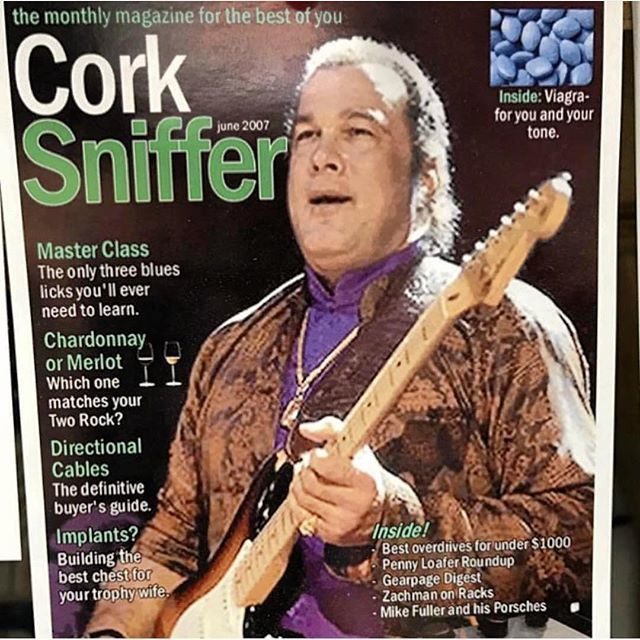 Several years ago, a company called Vertex Effects got exposed for some very egregious dishonesty when some Internet sleuths figured out that the company's expensive "boutique" wah pedal was just a cheap BBE Ben Wah with some cosmetic changes and an epoxy-slathered circuit board to try to cover the deception. When confronted with the evidence, Vertex's owner reacted with denial and more lying. He changed his story a few times, which naturally led his opponents to uncover more deceptions about at least one of his other products and the educational credentials that he claimed. Finally after his credibility had been seriously tarnished, he came clean. But not before damaging a lot of relationships, not only with current and future customers but also with artist endorsers and business associates.

However, there's an aspect to this story that not as many people talk about. Before the Vertex wah pedal was exposed for what it was, players were paying grossly inflated prices for the faux-boutique pedal and getting on Internet guitar forums to wax rhapsodic about its tonal virtues as players tend to do. To be fair, the BBE Ben Wah was in fact a good pedal, even winning a wah pedal comparison against more expensive competition in Guitar Player. But I have a strong feeling that a lot of these players shelling out hundreds of dollars for what they thought was a handmade boutique pedal would have never even considered buying the BBE pedal because it just wasn't swank enough for them.

There is a segment of the guitar player market that really gained prominence in the Internet age. They're the players who've transformed guitar into a luxury/prestige pursuit, similar to wine, cigars, golf, and European automobiles. They buy only exclusive vintage or boutique gear, and they eschew modern mass production gear like Fender, Line 6, or, yeah, BBE because it doesn't have sufficient high-end cachet. This market segment has been the monetary force powering boutique gear makers and vintage guitar dealers.

To be perfectly clear, I very much appreciate handmade craftsmanship and no-compromise pursuit of quality. I've written other posts praising that. And I know that you usually have to spend more money to get it. I understand that.

But where I draw the line is in turning guitar into yet another form of snobbery. Some people have a compulsion to turn even the most beautiful things into ways to feel better about themselves by belittling others. They equate the money you spend on your gear with your worth as a musician, implying (or even outright saying) that you can't be a serious musician unless you've spent some serious dough. That is not only factually incorrect, it's also lazy and stupid, because they're saying that you buy your way into being a good guitarist. Yeah right, tell that to Jimi, motherfucker.

If there's one thing the history of guitar has taught us, it's that success on the instrument doesn't give a damn about socioeconomic status!

So I have to admit to experiencing some schadenfreude imagining a corksniffer discovering that the new high-end pedal he just heaped excessive praise on was actually a pedal he considers beneath him. On the other hand, that's tempered by knowing that a lot of regular players without any sort of snobbish conceit got ripped off.

Perhaps the moral to the story is to stop being brand-conscious, listen with your ears not your eyes, and remember that, when it comes to guitar, you're only as good as you play.