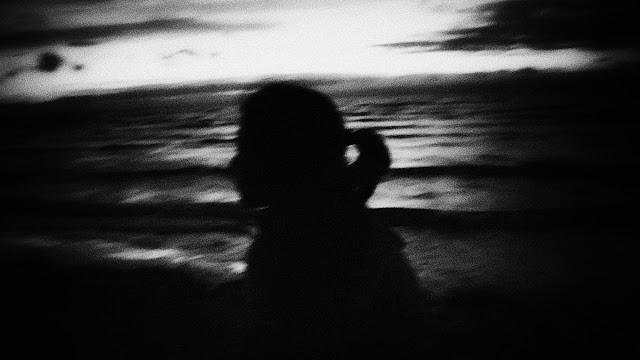 I recently watched the Netflix documentary on the Elisa Lam case, Crime Scene: The Vanishing at the Cecil Hotel.

It’s a bizarre and interesting case that I won’t recount here. There are plenty of places to learn about it, including the documentary. I’m more interested in talking about what the documentary says, perhaps unintentionally, about our society. And about me.

First, let’s be honest. What makes the Elisa Lam story compelling is the lurid sensationalism. It has elements of the bizarre and the macabre – the creepy elevator video, the hotel’s sordid history and seedy location, the circumstances that led to the discovery of her body. And it mixes that with what seemed at the time to be a truly baffling mystery.

And Elisa herself made it a compelling story. Her thoughtful and guileless social media posts make her a particularly tragic victim. She seems like an innocent, idealistic child in the midst of so much craven seediness. But of course that just amplifies the core luridness of the story – a fawn-like female victim devoured by a cruel, callous world must be one of the oldest crime story tropes.

One of my personal grievances of our modern age is the increasing prevalence and acceptance of conspiracy theorists. We used to roll our eyes at them, or at best, find them amusing in a mostly harmless sort of way (remember the Lone Gunmen from The X-Files?). Back then, the worst problem with conspiracy theories was that they muddied the waters of history, blurring the lines between confirmed fact and unsubstantiated conjecture. They made it impossible to come to a consensus understanding of everything from UFO sightings, to celebrity deaths, to political assassinations.

But in the last twenty years, conspiracy theory has become a central theme to a great deal of society’s problems. Racism, misogyny, destructive nationalism – conspiracy theory is a core part of the belief system of all the purveyors of these ills. The same conspiracy fog that makes it hard to separate fact from speculation is now enveloping much more important topics than what happened to Elvis. It’s no longer funny because it’s massively damaging.

And so the 3rd episode of Crime Scene was particularly off-putting because it gave equal airtime and legitimacy to wildly speculative conspiracy as it did to confirmed fact. It also sympathetically portrayed these "Internet sleuths" (read: conspiracy theorists) in all their narcissistic glory. It was really irritating to see these assholes making a "pilgrimage" to the Hotel Cecil, smiling vacuously for their selfies while sneaking into Elisa’s room or riding the elevator where she was last seen alive. And it was infuriating to listen to them throw out baseless theories about what happened to her, while knowing that her grieving parents were in desperate need of authoritative, fact-based answers.

And I’ve been dwelling on another obvious but unsettling aspect to it. The documentary mined the same exploitative material as these conspiracy assholes. In fact, it strip-mined that material, playing up the luridness in an effort to extract as much creepiness, mystery, and drama as possible to tell a good story, as if the basic facts weren't enough. Crime Scene at least had the dignity to shut down all the reckless conspiracy mongering in the final episode and just focus on the documented facts and the sad, logical explanation for those facts. And the final act did tie the story back to an innocent but troubled young woman. But not before squeezing every bit of salaciousness possible in the previous three episodes.

Finally, I was confronted with my own role in this crap. Watching the documentary fed my own morbid fascination with "the story". Maybe I had the decency not to make a hobby out of it and plan my vacations around it like these Internet sleuths, but there’s no denying I shared their fascination. I felt like I needed a shower after watching Crime Scene and it's made me seriously question my choices.

For a few hours of cheap, low-grade entertainment, a family went through worse pain than any people should ever have to endure, an innocent person was mercilessly bullied and harassed, and a young woman lost her life. And it all happened. For real.