To Mini or Not to Mini 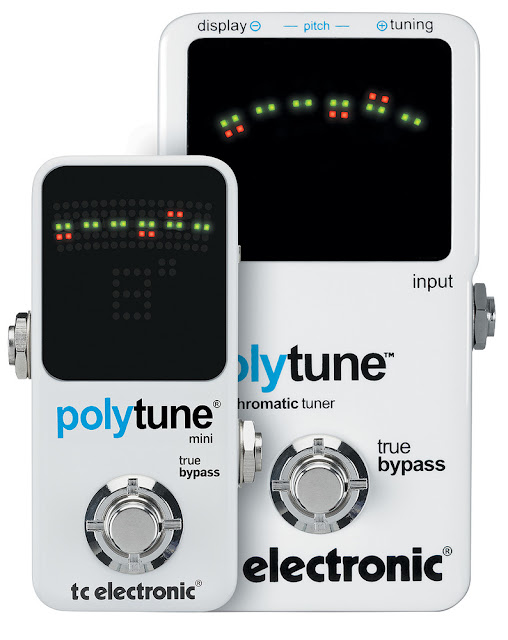 The Pros and Cons of Mini Pedals

I just got my first mini format effects pedal (a TC Eletronic Polytune 3 Noir). As in a lot of things, I'm late to the party.

I haven't been avoiding them. It's mostly been a matter of the pedals that I wanted not being available in mini versions. But there are some practical considerations too.

On the positive side, obviously you can fit a lot more pedals onto a pedalboard if you're using mini pedals. And with the reduction in size comes a reduction in weight. Both of these advantages are very compelling.  The size makes them excellent as back-up or set-and-forget pedals. And the mini versions are often a bit cheaper than their full-size brothers.

But I can see a number of disadvantages too. There are the obvious ones. The first is that mini pedals usually can't run on batteries and require an external power supply. That makes them less than ideal when you want to grab your favorite pedal off your pedalboard, throw it into you gig bag, and play minimalist style. If you're not already using an external power supply, it will be one more thing to buy, maintain, and deal with. Depending on what kind of power supply you get, that can easily offset the cost, size, and weight advantages of mini pedals, especially if you're only using a few of them.

Another disadvantage is that the size often requires the manufacturer to remove features and controls from the mini versions, so they can be less versatile than their full-size counterparts. The shrunken size and the use of tiny knobs and switches makes them more fiddly to use and more difficult see from a distance, which can be really important in something like, say, a tuner. Also, sometimes the mini version of a pedal sounds different from the regular version because they use a different design layout or different components in order to fit it into the small enclosure. It's possible that the changed sound might actually be an improvement, but if you're simply looking for a smaller version of a pedal that you already know and love, the mini version might not be what you were hoping for.

Then there are the disadvantages that aren't so obvious. The first is that if you really embrace the mini pedal concept and use a lot of them densely packed onto a pedalboard, the tight spacing between pedals can be too crammed for foot operation! The only fix is to spread them out, which nullifies one of the biggest mini format advantages. Also, I've noticed that the small footprint of a mini pedal makes it a slightly less stable platform for stomping on. I find that it's easier to tip them over if you aren't careful and stomp your foot at an angle.

Under the hood, those small potentiometers, switches, and jacks are more fragile and harder to replace than the full-size versions. Worse, the PCBs on most mini pedals are made using surface mount technology (SMT), which is highly difficult and potentially impossible to repair by hand. Many amp techs simply refuse to work on SMT, which means that repairs have to be sent back to the manufacturer, costing more time and money. Often the go-to repair on these devices is to replace the entire PCB, which might not be cost-effective. That essentially makes them disposable. To be fair, however, a lot of regular sized pedals have gone to SMT as well, and that's a trend that will only grow going forward. As in all manufacturing, modern effects pedals are becoming more capable, but less repairable, which is a very unfortunate trend.

Still, while there are significant downsides, the advantages of mini pedals are really attractive. When you run out of space on your pedalboard and you need to add just one more, you can often squeeze a mini pedal on there. And as I said, if you have an effect that you tend to just dial in once and never change, or you keep it on all of the time, a mini pedal can be ideal. Things like buffers, reverbs, boost pedals, and EQs can be perfect in the mini format.