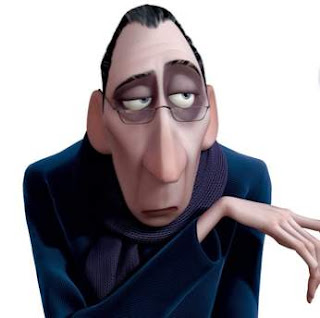 As everybody knows by now, Roger Ebert has passed on.  I got into Sneak Previews pretty early on, probably in the late '70s or early '80s when I was still in high school.  I didn't recognize it at the time, but Siskel and Ebert taught me the standard of good critique - or rather, how to critique a critic.  A critic worthy of the title should not be just a dude or chick with an opinion.  A good critic's opinion is highly informed, well-defended, and undiluted.  It was obvious when you listened to those two guys that they had studied cinema history and they had a strong basis on which to judge movies.  They'd seen all the classics, they knew about the styles, forms, and innovations of all the pioneers.  Those guys knew their movies, and they could articulate exactly why a movie worked or didn't work, on both technical and artistic levels.

They also didn't pull punches.  They were effusive in their praise and they called a turd, a turd.  And they were unapologetic about it in either case.  By definition, a critique must have a strong point of view, an unmistakable value system under which merit can be assessed.  I'm not into hatchet jobs, but the weaker the point of view, the more a critique becomes just "writing about shit."

The various news sources are currently running little retrospectives on Ebert's most memorable reviews.  The reader comment sections are awesome.  People get awfully defensive about movies they like!  I totally get that, because in a similar way Rolling Stone's various "100 Best" lists used to drive me nuts, especially on topics of which I had some knowledge.  It usually seemed like the editors were trying to be hip rather than critically examining merit, skill, or contribution.  Johnny Ramone ranked ahead of Mark Knofler as a guitarist?!  Now I love The Ramones and totally recognize their role in rock history, but Johnny as a guitarist?  Give me a @#$ing break.

But I've come to see critiques in a larger context.  Just because a good critic is highly informed, doesn't mean he or she always gets it right.  If you do dozens or even hundreds of critiques a year for 30 years, you're going to get some of 'em wrong, even by your own long-term reckoning.  Conversely, just because a critic gets it wrong (or right), doesn't mean you can't enjoy the movie - unapologetically, just like the critic's opinion.  But the key thing I've learned about critics from Siskel and Ebert is that critiques are supposed to be debatable.  That's the whole appeal of them!  The show was most compelling when Siskel and Ebert didn't agree, or when you didn't agree with them.  When you read a critique and think, "Give me a @#$ing break!" then as a reader you are fully engaged and that's always a win from a journalistic point of view.

So as I read these things I think to myself, Remember, you're not supposed to agree with all of this.  For the record, however, Mark Knopfler is a way better guitarist than Johnny Ramone, and it's not even close.
Labels: lagniappe