You can't really have a collection of guitar photos without including a Les Paul. 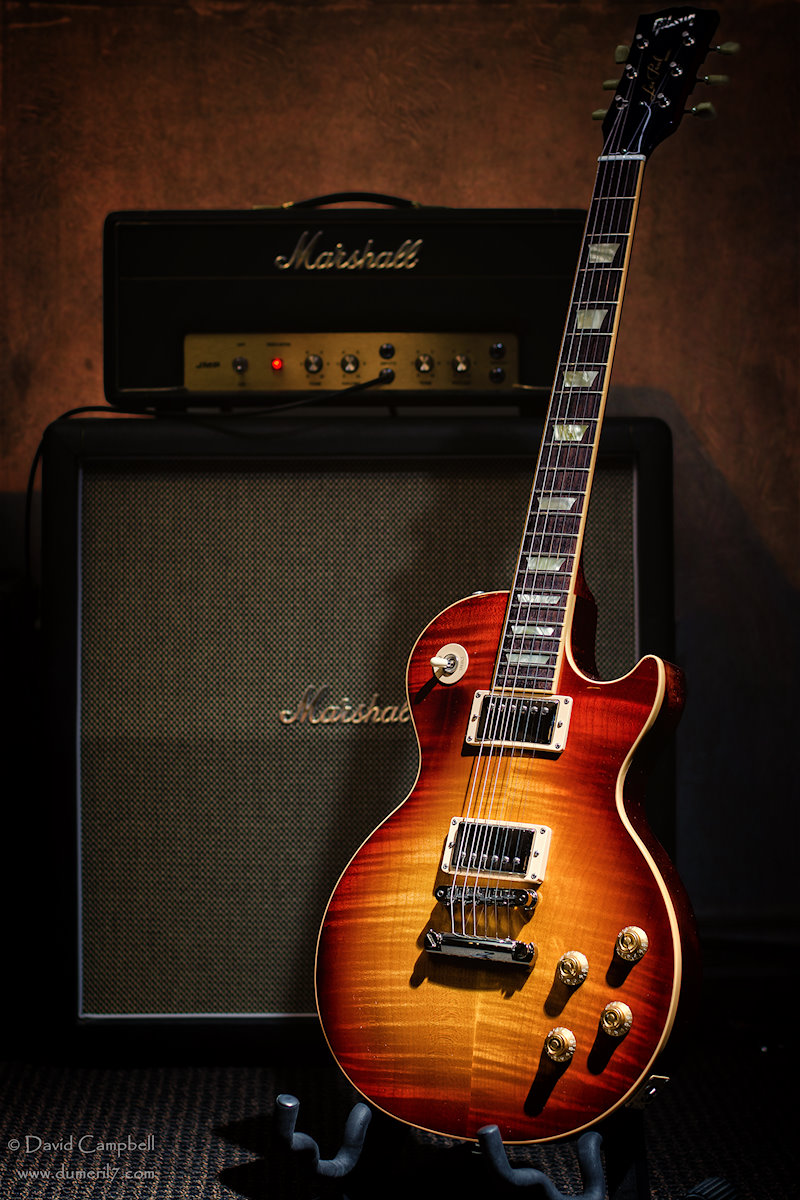 When my buddy pulled this guitar out of the case, I knew that it had to be in my series.  The cherry sunburst Gibson Les Paul has a special place in my heart.  It's the very first guitar I lusted after.  The one that kindled a life-long passion for guitars in general, and Les Pauls in particular.  I was a big fan of KISS back when I was 12 and Ace Frehley played a cherry sunburst Les Paul.  I wanted one in the worst way.  But of course, 12 year olds generally can't afford real Les Pauls.  Shoot, I'm middle aged, it's still a whole lot of money, and as of writing this I don't own a Les Paul. 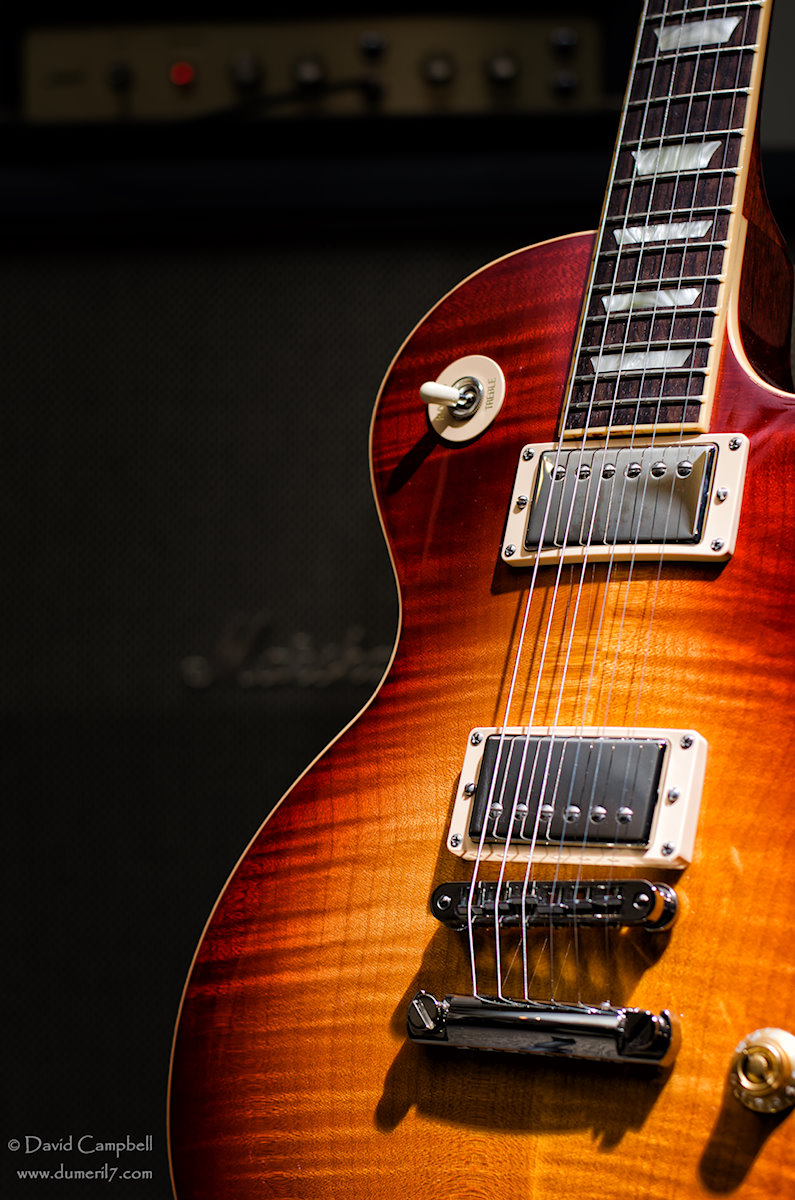 I shot these photos in front of an old Marshall amp because that's the quintessential pairing with a Les Paul in my opinion.  If it was good enough for Ace Frehley, Jimmy Page, Eric Clapton, Duane Allman, Dickey Betts, Jeff Beck, Gary Moore, Joe Perry, Al DiMeola, Slash, Paul Kossof, Billy Gibbons, and Zakk Wylde -- it's damn well good enough for me! 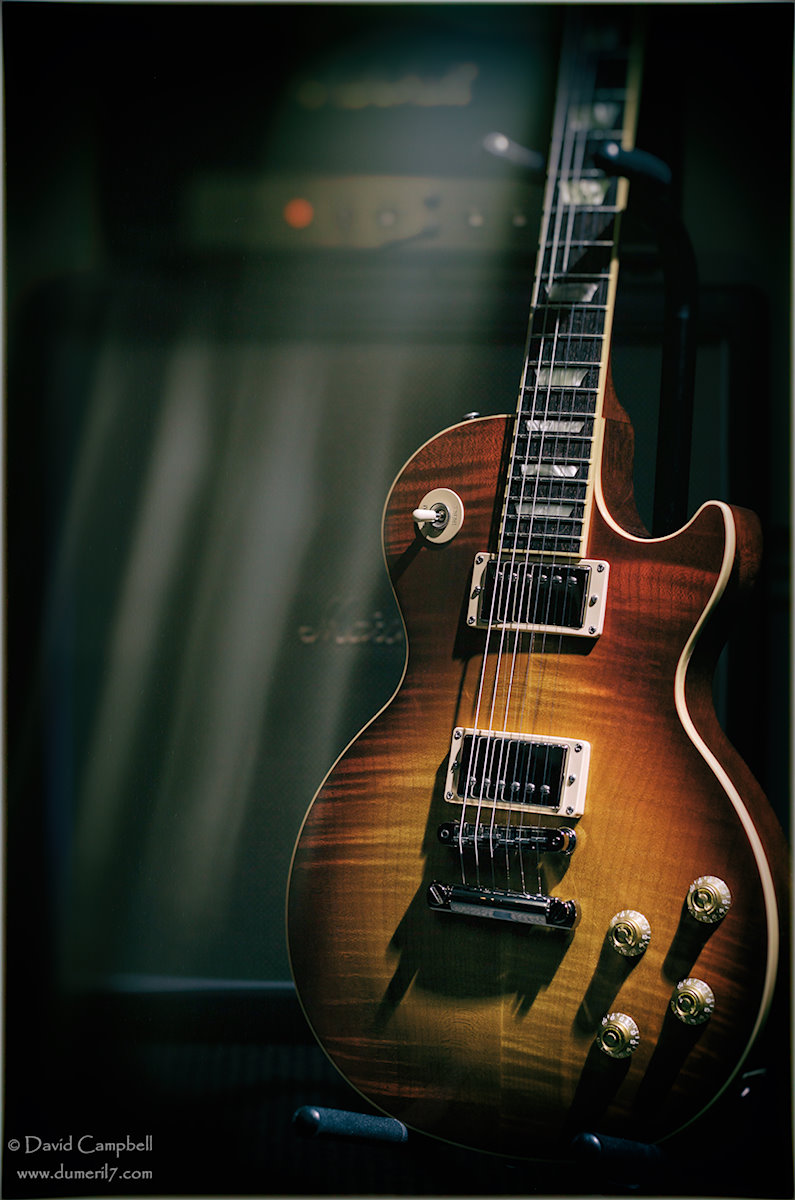