This collection of photos is of a PRS Modern Eagle Quatro. Why am I including so many PRS guitars in my series? Well, availability and good fortune. I own one and I have friends who own several, so they're available to me to shoot. But it's good fortune as far as I'm concerned because PRS guitars are highly photogenic, and each one usually brings something unique to the table that's highly exploitable from a photographic point of view.  But I fully intend to add more diversity to the series in the future, including guitars that are less jewel-like than a PRS and just interesting or unique. 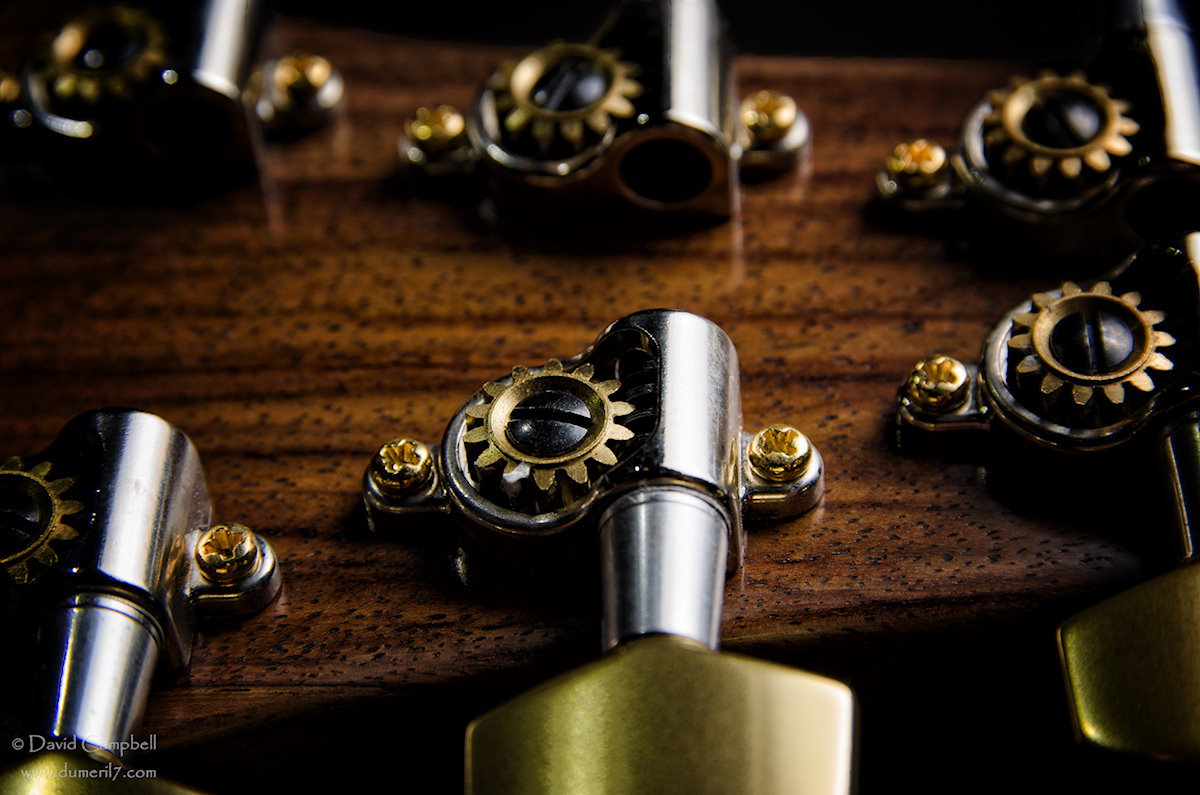 When I shot this ME Quatro, I concentrated on the neck.  In retrospect, I wonder if I missed some opportunities by doing that since the rest of the guitar is lovely too.  But there was some logic in the decision as the neck of this guitar is its differentiating feature in my opinion.  First, it's all rosewood, a somewhat rare feature as most guitar necks are made of maple or mahogany.  Rosewood is dark, heavy, open-grained, and usually left unfinished (or oil-finished) on guitars , so it gives this guitar a very earthy, naturalistic look.  Another lovely feature of the ME Quatro are the machine heads.  A mix of satin-finished silver, brass, black, and gold which when set against the rich wood, and exposing the open gearing, gives off a kind of steampunk aesthetic. 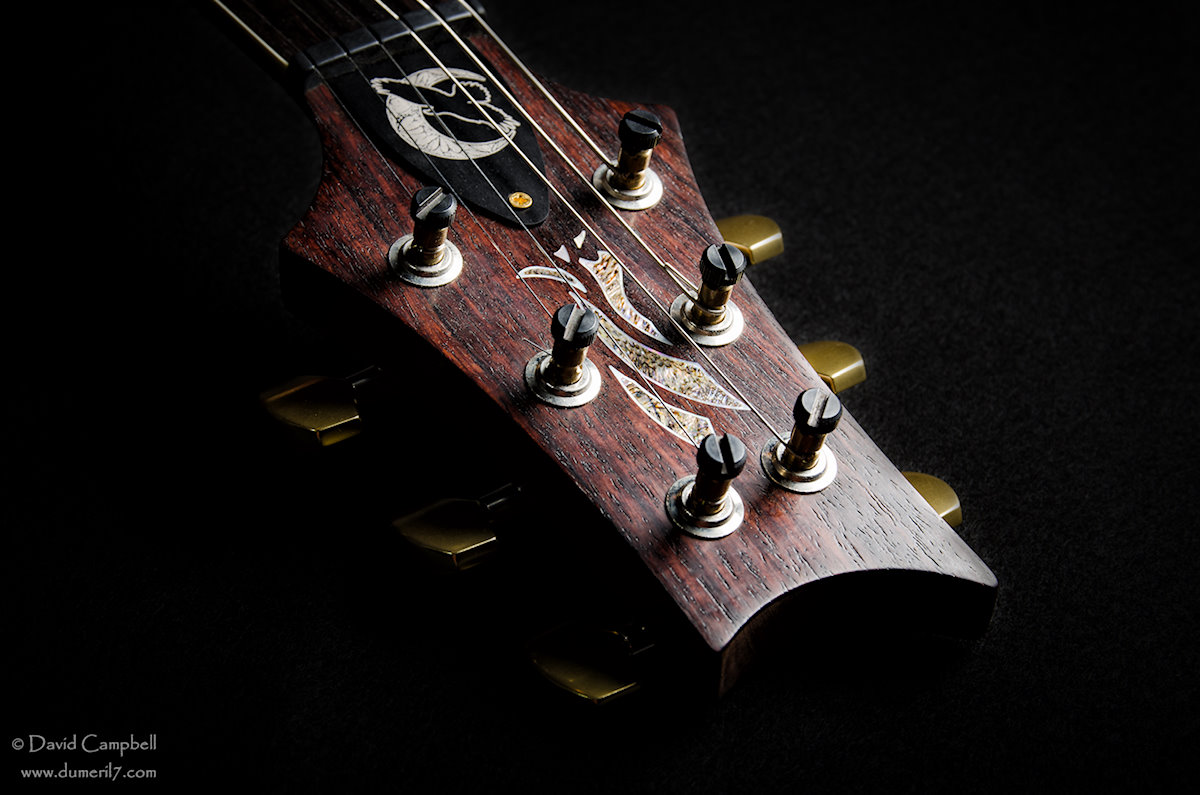 The headstock is overlaid with cocobolo, another species of rosewood that is more reddish in color. It has an awesome, abstract inlay of an eagle (the photo above shows the eagle upside down) rendered in paua heart and mother of pearl with PRS' usual fastidious attention to detail. 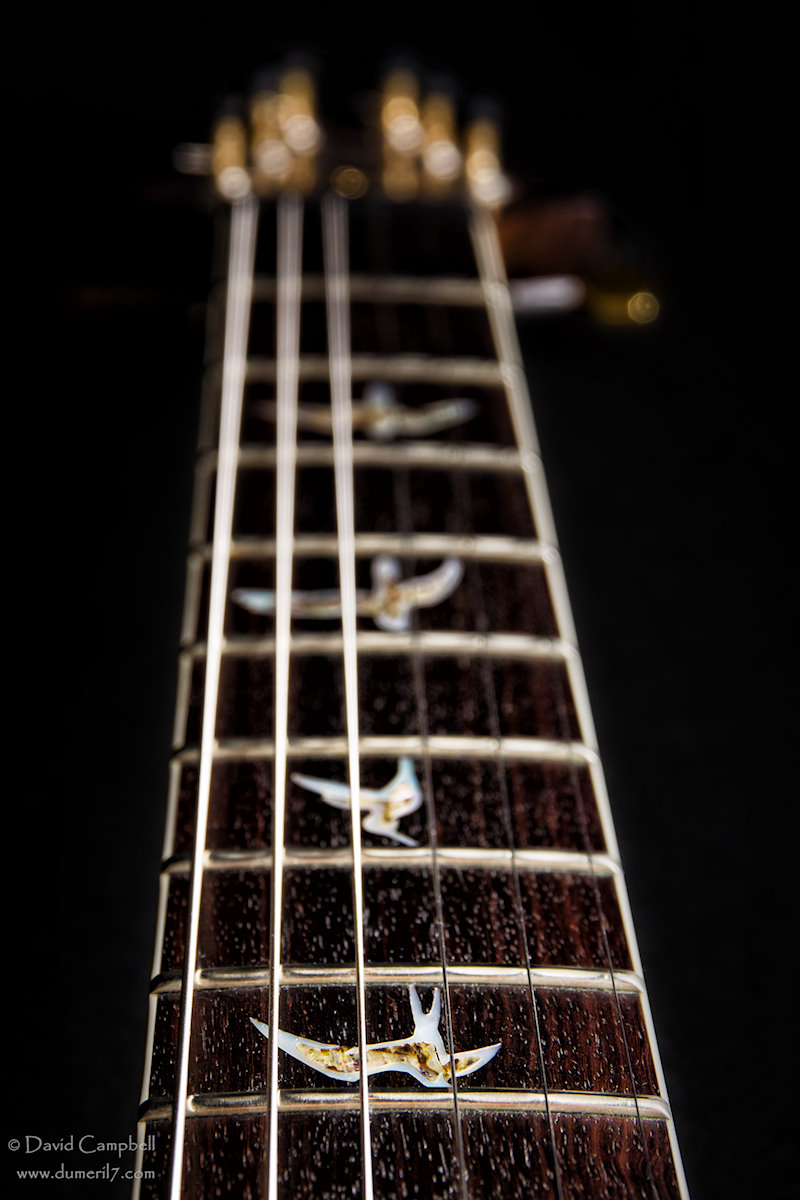 The fretboard is also rosewood with the signature PRS bird inlays.  But these inlays are paua heart, rimmed with mother of pearl. 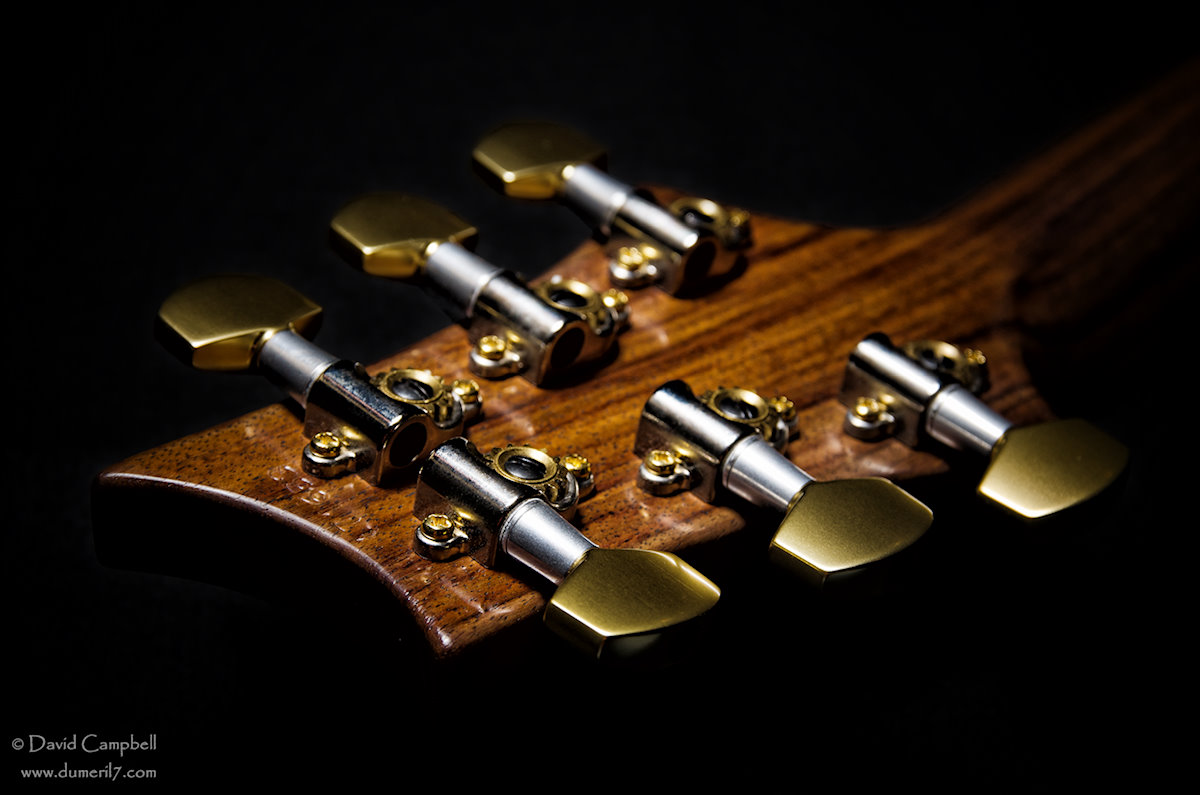 The rosewood neck is not just about looks.  It also imparts a lightning fast attack - notes fire out of the guitar like phaser bullets in Star Wars.  This is probably not a guitar you'd use to get a violin-like tone, but I could see it working really well for country or funk where a snappy, percussive attack is a tremendous asset.
Labels: guitar series music photography