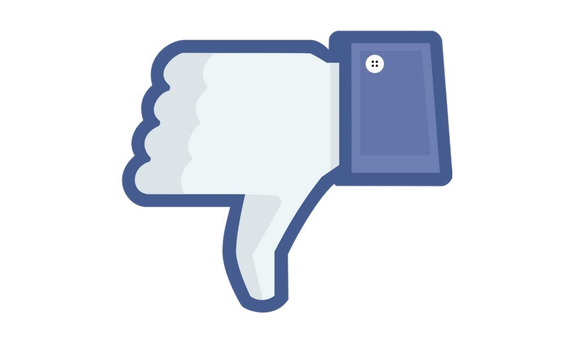 I recently did some housecleaning on my Facebook friends list and it got me thinking about the nature of friendship, especially on social media.

For me, and I imagine most people, a social media friendship is decidedly different than a friendship in the meat world.  In the real world, the people I call friends are people with whom I share some level of:
These traits may not be in equal measure, but there is some level of all three in my real-world friendships.

Social media friendships are very different. For many of them, I might have a shared history but virtually no congruity of values. Or maybe the affinity is one-way, which doesn't work in the real world. I have some social media friends who I have an affinity for, but I have no history with and no idea whether our values are congruous or not. And there are still others in which there is shared history and compatible values, but their personality is such that we wouldn't enjoy each other's company for very long in the real-world.

(By the way, I know that some people choose to limit their social media friendships to people with whom they are also have real-world friendships. That keeps things clean and there are advantages to that. On the other hand, some of my very best real-world friends began as online friends, so I view that approach as low-risk, low-reward.)

Anyway, pruning my Facebook friendship list got me thinking about how people maintain social media "friends" when their relationships are built on such a wobbly foundations to start with.

When people "friend" each other on social media, they aren't necessarily declaring their genuine friendship for each other. They might not have the history, congruity, and mutual affinity required for that.

They're simply agreeing to share thoughts with one another in the form of posts and updates.

That's it. Unless you are real world friends with somebody, that's the most you can usually say for your social media friendships as a whole. (And truth be told, even that little bit might not exist – a person could friend you and immediately turn off updates from you in their feeds, for example.)

The reasons people allow others who might not be real-world friends to share their thoughts varies greatly. Maybe it's out of respect for some old or weak connection – a shared school or workplace, perhaps. Maybe they're distantly related by blood or marriage. Maybe they just think the friend is attractive or that he/she might be interesting, and wants to be a real world friend. There are a million different reasons.

But if you think about it, it's a pretty remarkable privilege you're granting when you invite someone to share their thoughts directly with you whenever they want.

It's one that perhaps we give to people without enough consideration. It was for me, anyway.

In the real world, it's a basic rule of socialization that you shouldn't necessarily share everything you're thinking. You may eat the worst meal of your life at your dear, sweet grandmother's house, but that doesn't mean you should let her know that. That's why I don't post much on Facebook about my political, social, or religious views. The most I ever do is "like" such a post.

But some of my Facebook friends had no filter between their brains and their keyboards. They were constantly derogatory towards people who shared my values and, by association, towards me. (Because that is the way it works folks — when you make generalizations about groups of people, you are in fact speaking about anybody who identifies with those groups, even if you didn't mention them by name.) To be crystal clear, I'm not talking about posts that simply advocated a point of view. That wouldn't be an issue. I'm talking about mean-spirited, personal posts that attacked people with an opposing point of view. And I'm also not referring to the occasional ranting post that we all just let slide. I'm referring to people who did it regularly. In fact for some of these people, it made up the vast majority of their social media contribution. The frequency and volume of these posts showed that these "friends" spent a lot of their discretionary time and energy on this.

In other words, I gave them a direct channel to share their thoughts with me any time they wanted and they used it to rant about how much people like me suck.

That obviously wouldn't fly in the real world. If somebody came into my house and went on an extended tirade about me or my values, I'd open the door and do the international hand-sweeping gesture for, "You may leave now." And I wouldn't be inviting them back.

Why was I tolerating it on social media?

Well, in retrospect I realize it was out of a bizarre and misplaced politeness that wasn't at all mutual. I didn't want to unfriend them because I didn't want to be rude (which is kind of crazy now that I think about it). But my concerns about being polite were not returned in kind and were causing me a lot of grief.

At first I just unfollowed them, which was effective at disabling the direct thought channel. But in any world – real or online – can you actually call that a friendship? In the real world, if you're avoiding a friend on the street and screening all his calls, that's a pretty strong signal that he's something less than a friend. It's duplicitous too – you're calling him a friend but treating him like a pariah. It is also giving tacit approval to their bad behavior that you're trying to avoid.

Conversely, if my values offend somebody so much that he spends all day ranting about people like me, could he really see me as a friend? Of course not.

When I thought about it, it was a pretty fucked up situation that I was perpetuating.

But it was also instant relief. We may have had long histories together, but we had zero congruity of values and I'd long ago lost my affinity for them. Having your beliefs berated every day, and putting on a friendly face for people who would despise you if they really knew you – it's a big drain on your psyche. An enormous amount of stress and anxiety to deal with. I should have done it long ago.

It's depressing to think about how much social media has cheapened the value of friendship. But by being more selective in our social media friendships, perhaps we can build that value back up so that being friends with somebody, even on social media, actually means something.
Labels: lagniappe technology