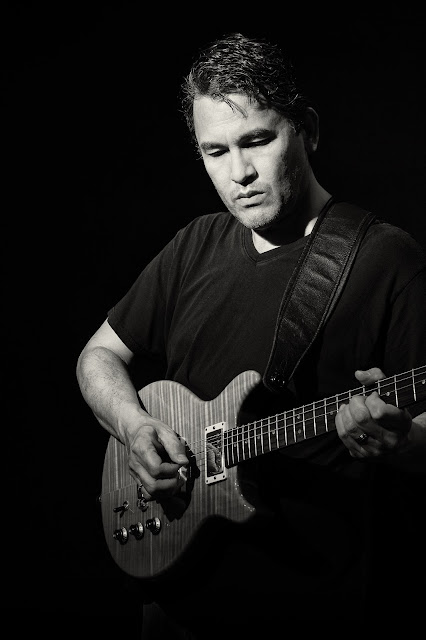 Last night, at my band's rehearsal, I had one of those rare moments that every gigging musician lives for. I played at an inspired level all night pretty much.

An extended visit to The Zone.

My improvisations were melodic. They had a nice story arc and I stuck the landings. My solos had some flash but were always coherent and supportive of the song.  My technique was solid and my rhythm was in the pocket. And I didn't have any brain farts and forget anything.

That's truly an out-of-the-ordinary occurrence for me. More often than not, I rehearse and gig at a level that is actually worse than how I practice at home. If I get in the Zone, it's fleeting. But last night, they let me in the main entrance and invited me to stay for the evening!

On the drive home, I started thinking about what was different about this rehearsal that helped me play that way. What I came up with was:

Now I have a gig this afternoon and I'm hoping that I can recreate The Zone for myself. But historically speaking, the odds aren't high. I'll try to recreate the conditions as best as I can, but I think there's an X factor that I can't really put my finger on and therefore I couldn't include in my list.

It's the hallmark of a genuinely great musician: The ability to "conjure the muse" at will, no matter what else is going on. All the true greats have that ability in my experience. I've been privileged enough to play with some amazing musicians who had it, but I've always struggled with it. And it's probable that I always will.

But getting occasional moments in The Zone are what keeps me going. You live for those moments.
Labels: lagniappe music