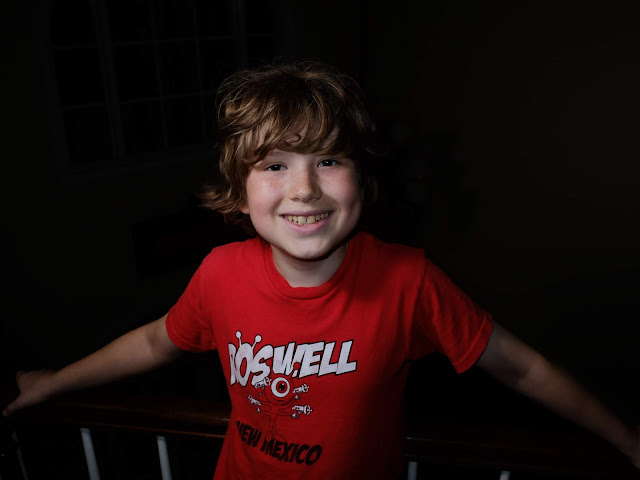 I'll just say upfront that this is a crappy photo. Other than some directionality and softness to the light, it looks like a crummy party picture. But I'm actually pretty stoked about it!

Why? Well, it's not the photo really, but what it means that excites me.

This photo was taken, obviously with a flash. But at 1/1000 second. There's no weird banding from where the fast shutter prevented the sensor from being fully exposed. And it's not high-speed sync flash either. It's regular old, single-pop flash.

The Fujifilm X20 has a leaf shutter which doesn't have the same 1/200 to 1/250 sync speed limitation as the curtain shutter in a DSLR. The X20 also has an "external flash" mode that allows you to trigger off-camera flashes optically with the X20's pop-up flash. So in this photo I held the camera in my right hand, and the flash in the left.

It's the implications of that which make me excited:
With a DSLR, I could of course use a neutral density filter and achieve the same thing, but that's more hassle and more stuff to carry around. I could also use high speed sync, but that would seriously erode the power of my flash. The X20 solution combines simplicity, portability, and power.
Labels: Fujifilm X20 photography