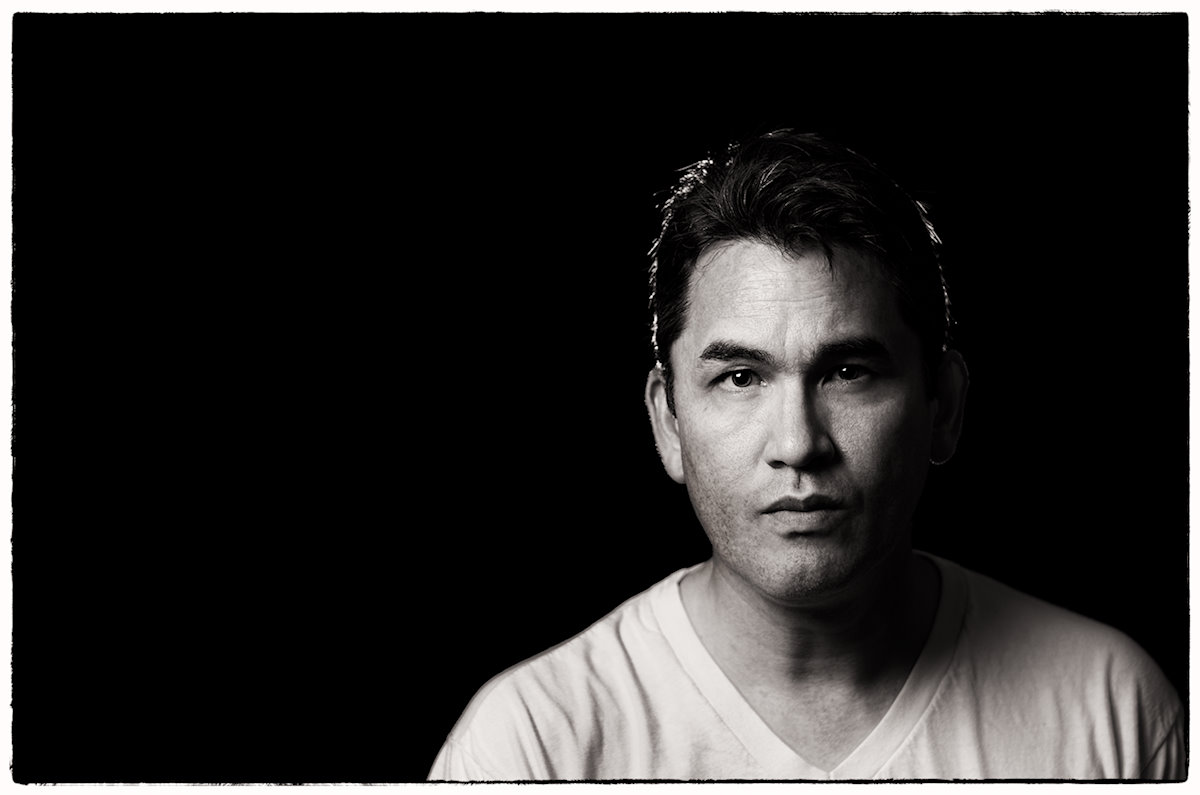 I got a new backdrop system today. I bought a Westcott X-Drop system with white and black backdrops. Testing out the black drop, I really like it. I can tell this is going to be a lot easier to work with than the black felt I was using because it doesn't reflect light and therefore doesn't require much, if any, post-processing to ensure it's actually pitch black in the photo. I'm excited to try the white drop as well.

I really sweated over whether to get the X-Drop or a full-size drop system. A full-size backdrop is definitely more versatile because it can be used for larger groups of people, but I decided to go with the X-Drop because a full-size system would be too clumsy in my small studio and I mainly shoot individuals anyway. I figure if I ever start shooting groups, I'll just buy a full-size backdrop system at that time. The X-Drop travels so well it would be nice to have both actually.

The system sets up and tears down very easily, it collapses down really small, and it includes a carry bag. I like that the frame stretches the cloth out to remove wrinkles so you don't need to iron it out. On the other hand, the backdrop cloth is a fleece type material that attracts lint so having a lint roller handy is a good idea (I would not photograph pets against it). It's a nice design but a little bit delicate and I wouldn't use it outside unless it was dead still because the X-Drop's light weight and large surface area make it a wind sail waiting to launch. But for casual indoor use like I do, it's pretty ideal. Westcott sells a number of patterned backdrop colors, but most of them looked cheesy in my opinion. Classic black and white are timeless so I'll stick with those for now. If I ever do want more variety, it looks like it would be a very easy thing to go to a fabric store and make my own.

Oh, and here's the photogeek info. I shot this with my 50mm lens opened up to f/2.2, so the depth of field is very shallow.  Shutter speed was at the camera's sync speed of 1/250. ISO was set to 100. Those settings pretty much eliminate any ambient light. The key light was a speedlight through a 24" softbox from above and camera-left, about 3 feet away from the subject. I also added a gridded speedlight behind the subject for the hair/rim light. That light was on its lowest setting. I've noticed that a lot of people go really heavy with hair lighting, making their subject's hair look like its own light source! I don't care for that look. I want just enough to get separation from the background and in some cases open up some hair detail. In post, I converted to black and white using Nik Silver EFEX Pro. I did a lot tweaking of contrast to get the lighting just right. In particular, I made extensive use of SEP's "soft contrast" control. That feature is amazing. It adds contrast, but with a gentle transition between dark and light. It's like the difference between hard and soft lighting. Not surprisingly, the contrast blew out my T-shirt so I used SEP's control points feature to bring back detail there.
Labels: photography