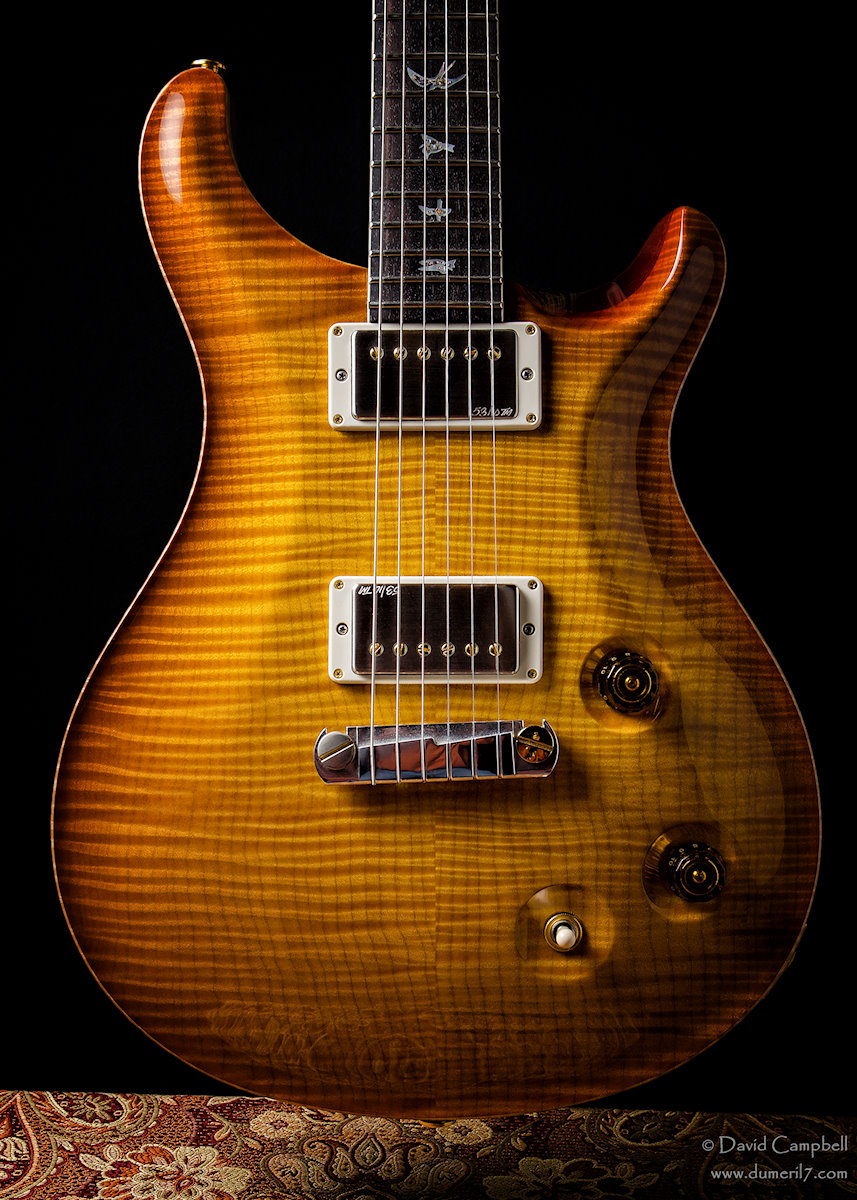 As of today, this has become the new high-water mark for my guitar series. I'll give myself a little credit and say that part of it is all the practice has improved my skills. But by far the more significant reason is that this is the most ridiculously photogenic guitar I've ever shot. Just point my camera at it and half the work is done. The wood, the finish, the inlays, the hardware - the whole thing is just sumptuous. 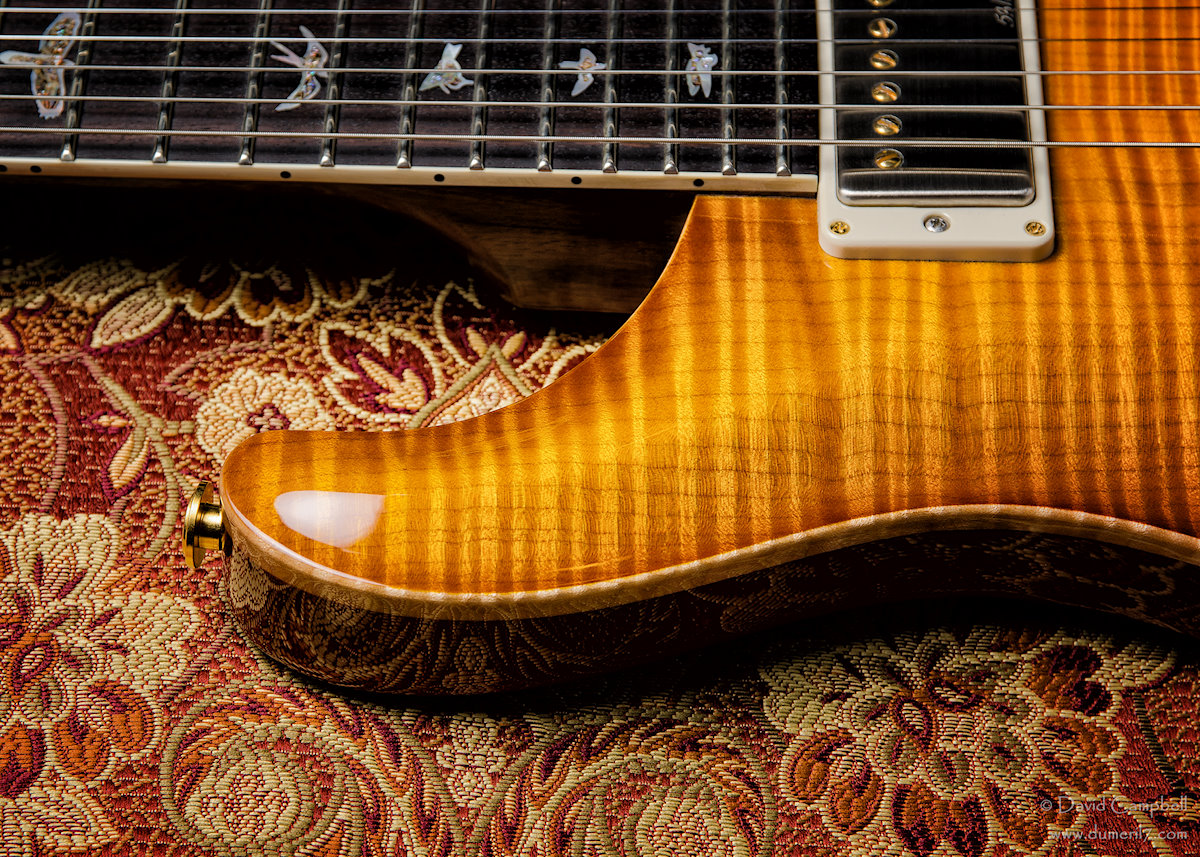 These are photos of the PRS Modern Eagle Quatro that I featured in a previous entry. I thought I'd only shot the neck and headstock, but that turned out not to be the case. (Hey, I shot a lot of guitars that day. It's hard to keep 'em straight.) I took extensive photos of the entire guitar, luckily for me. 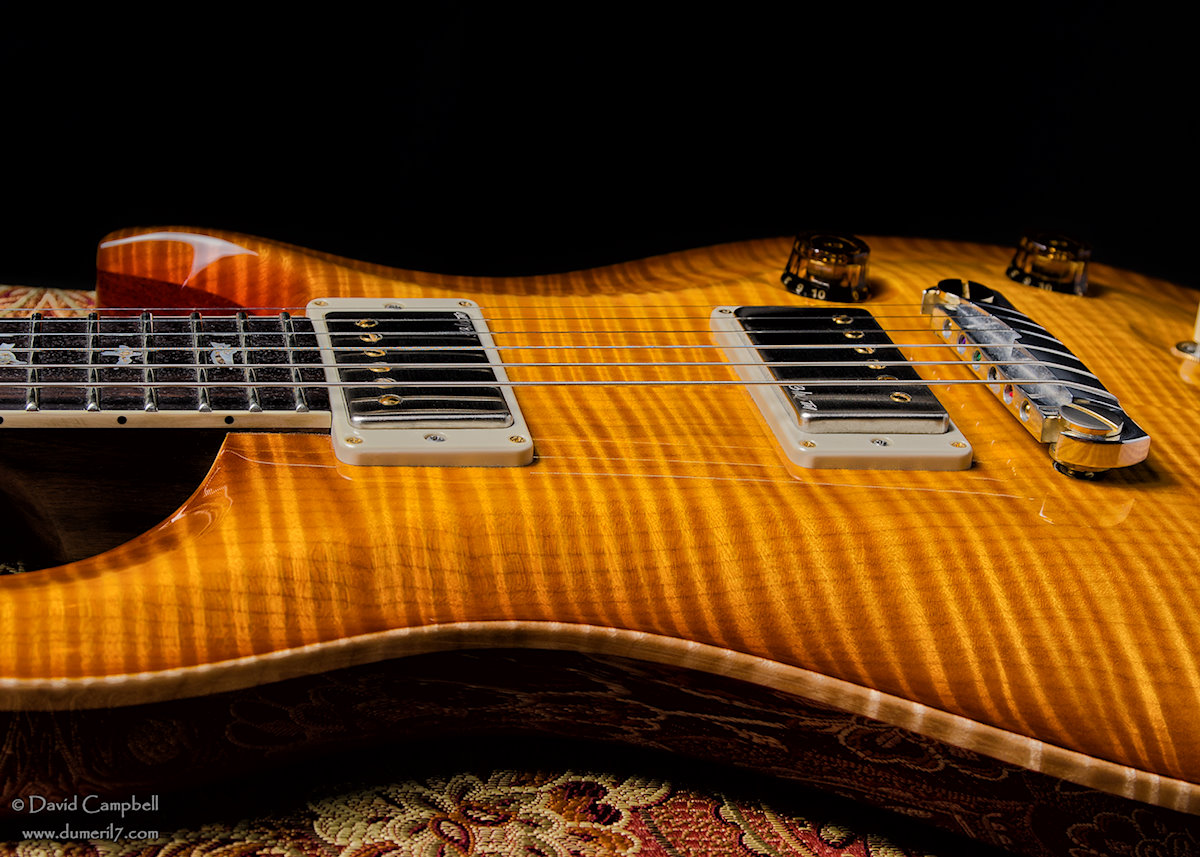 If you been following the series, you've undoubtedly noticed that there is a preponderance of flame maple. As I said in a previous post, that's a matter of the opportunities I've been given, although I do love a flamed or quilted top. Anyway, as a result of shooting all these guitars I've learned a few things about photographing flame maple. First, there's usually an optimal lighting and viewing angle to getting the wood figuring to really pop. Some angles just work better than others. Second, most flame maple tops have areas where the figuring is weaker than others so you want to compose your photos to exploit the strong areas. None of that applies to this guitar. It simply does not have a bad angle. It is the Liv Tyler of guitars. The flame figuring is tight, consistent, and perfectly formed across the entire top, no matter what the angle or lighting. PRS designates its most highly-figured maple tops, "Ten Tops". I would call this one an Eleven Top. 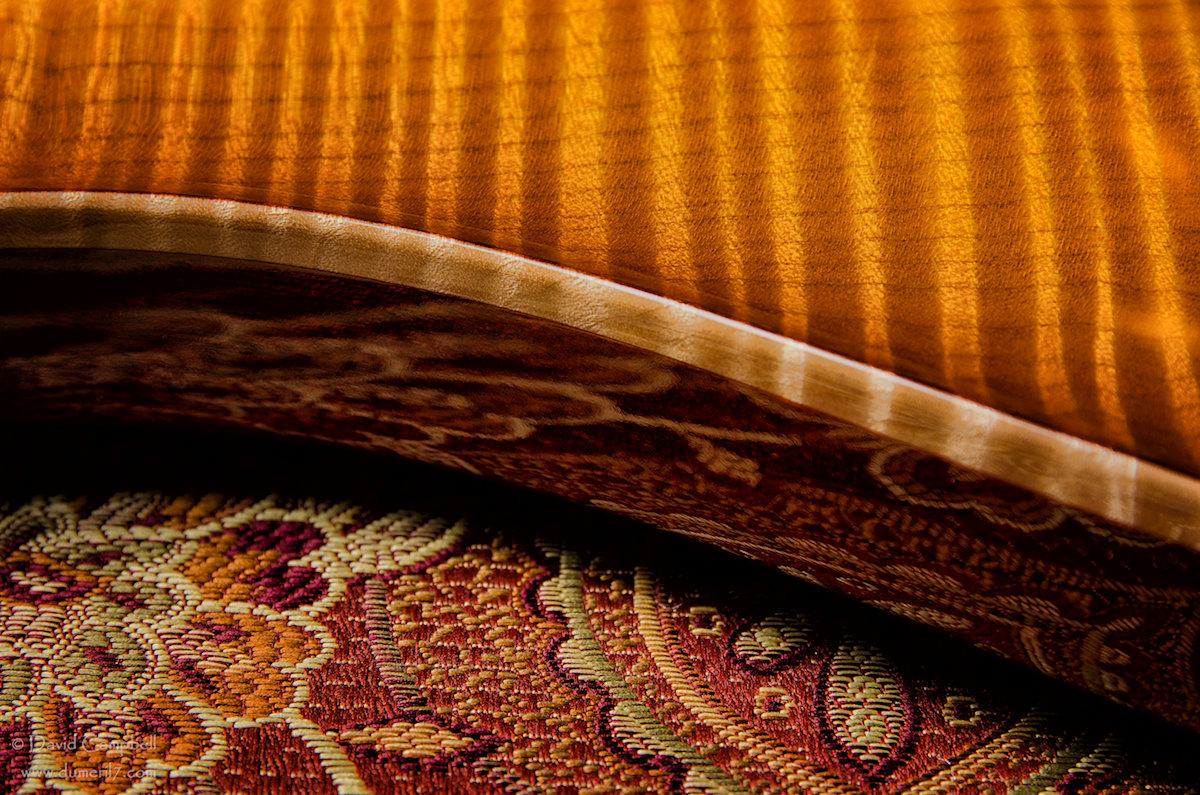 The paisley surface you see under the guitar is actually the guitar case! It's almost as much of a head-turner as the guitar. It looks like a piece of fine vintage luggage from a bygone era. Even the seams are perfectly aligned so that it looks like one continuous piece of cloth. My friend showed it to me and I just had to include it in the photos. 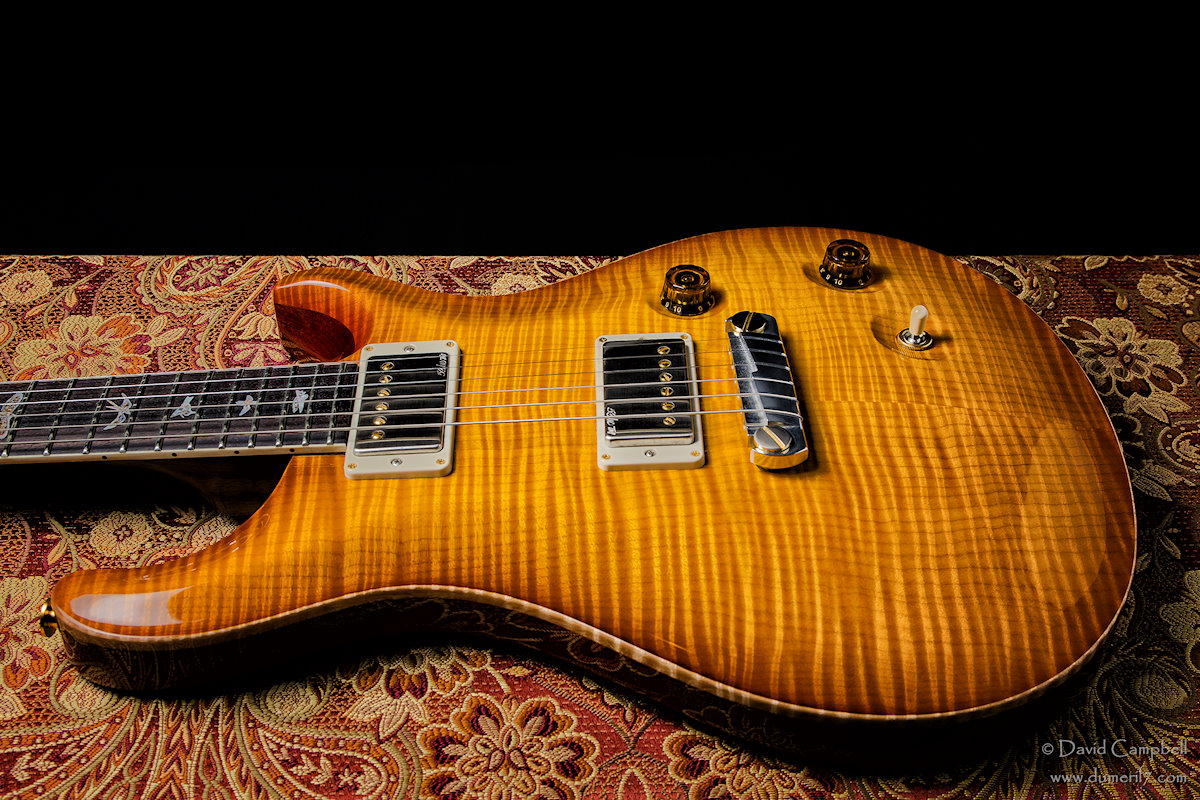