It's been awhile since my last guitar series addition. But I finally got around to processing some as I had a day off from work today. Today's guitar is a Gibson SG in wine red - the classic SG finish. 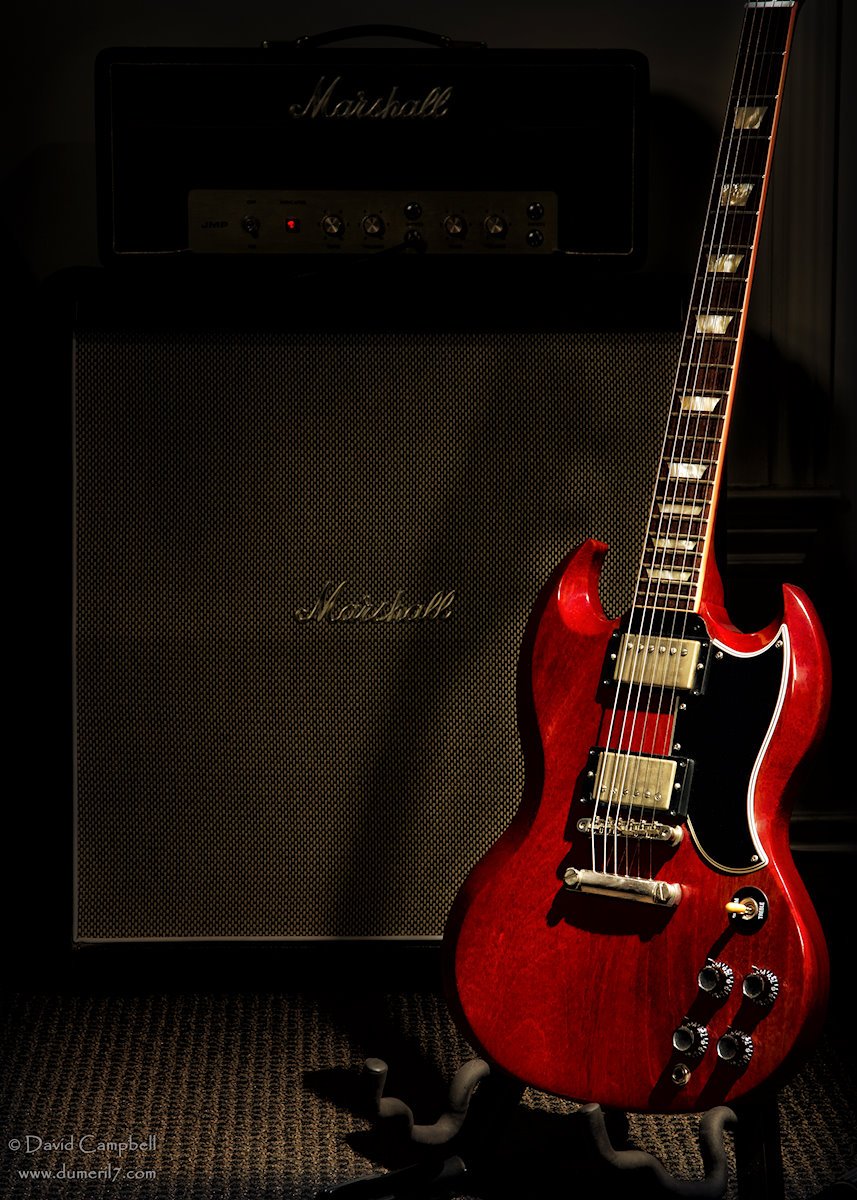 The Gibson SG was introduced in 1961 as a replacement for the single cutaway Gibson Les Paul. Today, late '50s Les Pauls are among the most desirable electric guitars on the collectors market, but at the time they weren't selling very well. It was considered dated and receiving fierce competition from the Fender Stratocaster. The SG was introduced specifically to compete against the Strat, with a lighter design and a double cutaway. Although the SG did alright, interest in Les Pauls was renewed thanks to players like Eric Clapton, Michael Bloomfield, Peter Green, and Jeff Beck, who were playing them in the '60s. In 1968, Gibson re-introduced the single-cutaway Les Paul.  However, the SG has remained in the line-up ever since. 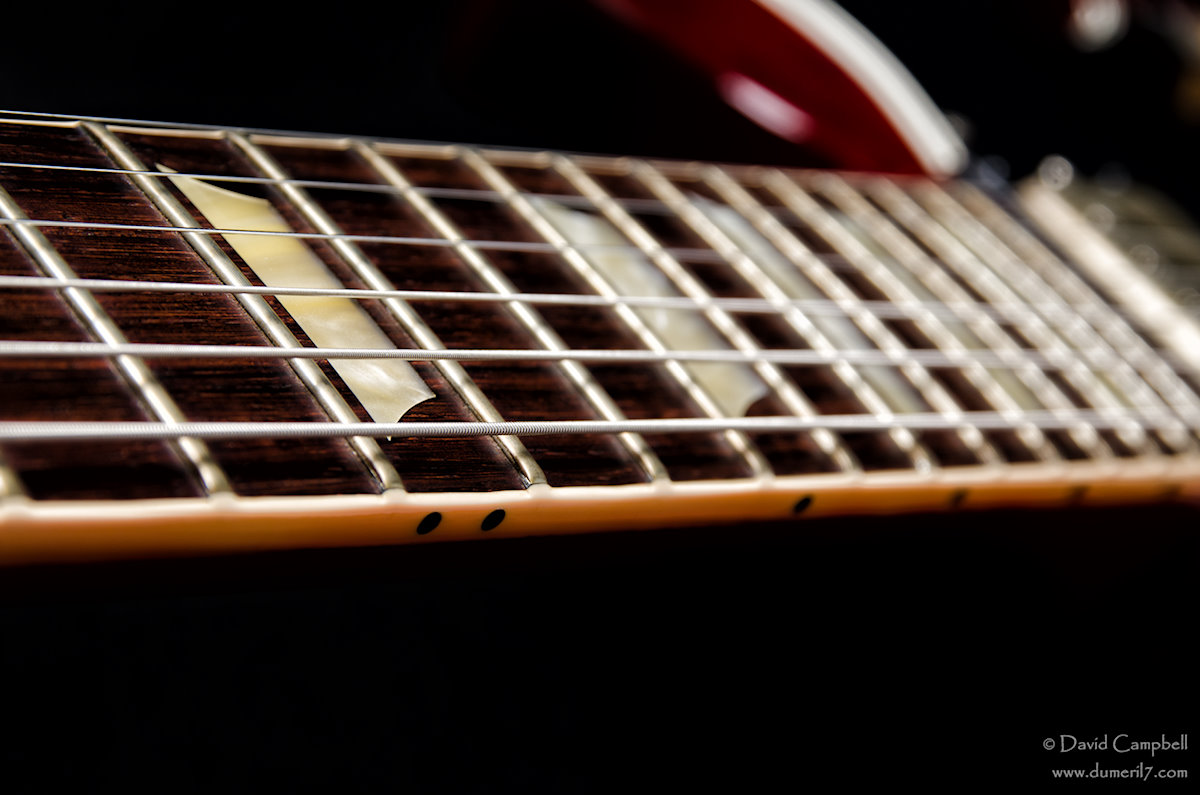 The SG does away with the carved maple top of the Les Paul and features a thinner, flat, all-mahogany body. They both have the dual humbucker/four control knob configuration. I find SGs to be a bit more upper mid-rangey with perhaps slightly less sustain. It's a sound that I like very much. Certainly Tommy Iommi, Robby Krieger, Jerry Garcia, Frank Zappa, Pete Townshend, and Eric Clapton have all done amazing work with SGs.  For my money, the quintessential SG player is Angus Young. The Gibson SG is pretty much synonymous with Angus. 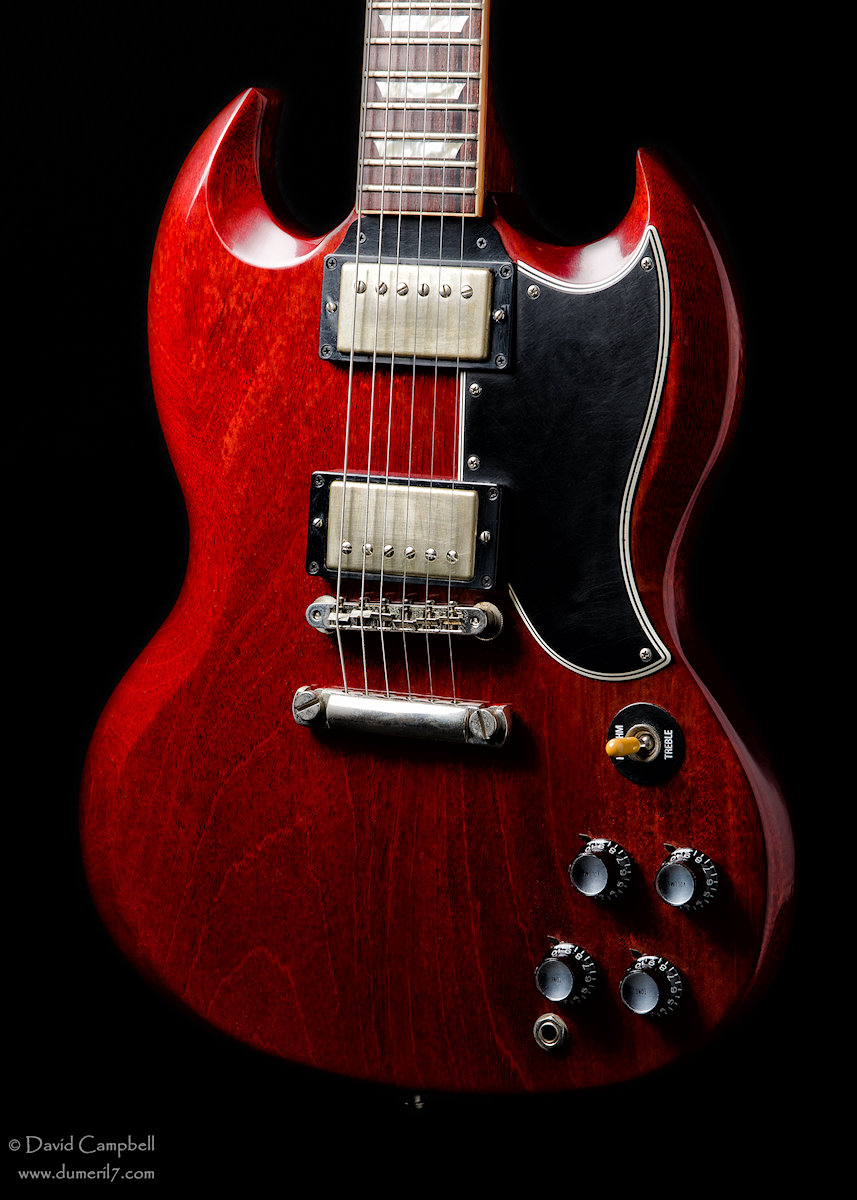 One aspect of SGs that I've struggled with is how they sit on a strap. The front strap button is placed at the base of the neck (instead of the upper bout or horn). In addition, the neck joins the body at the 22 fret. These two features "push out" the fretboard toward the fretting hand a bit. As a result, you have to reach out a little further with your fretting hand to hit the same note you would on another guitar.  Unless I really watch what I'm doing, I'll naturally place my hands a whole step sharp! I could probably get used to it and learn to compensate, but I've always been afraid that would interfere with my ability to play other guitars. So I've never owned an SG.  But it's a glorious sound. 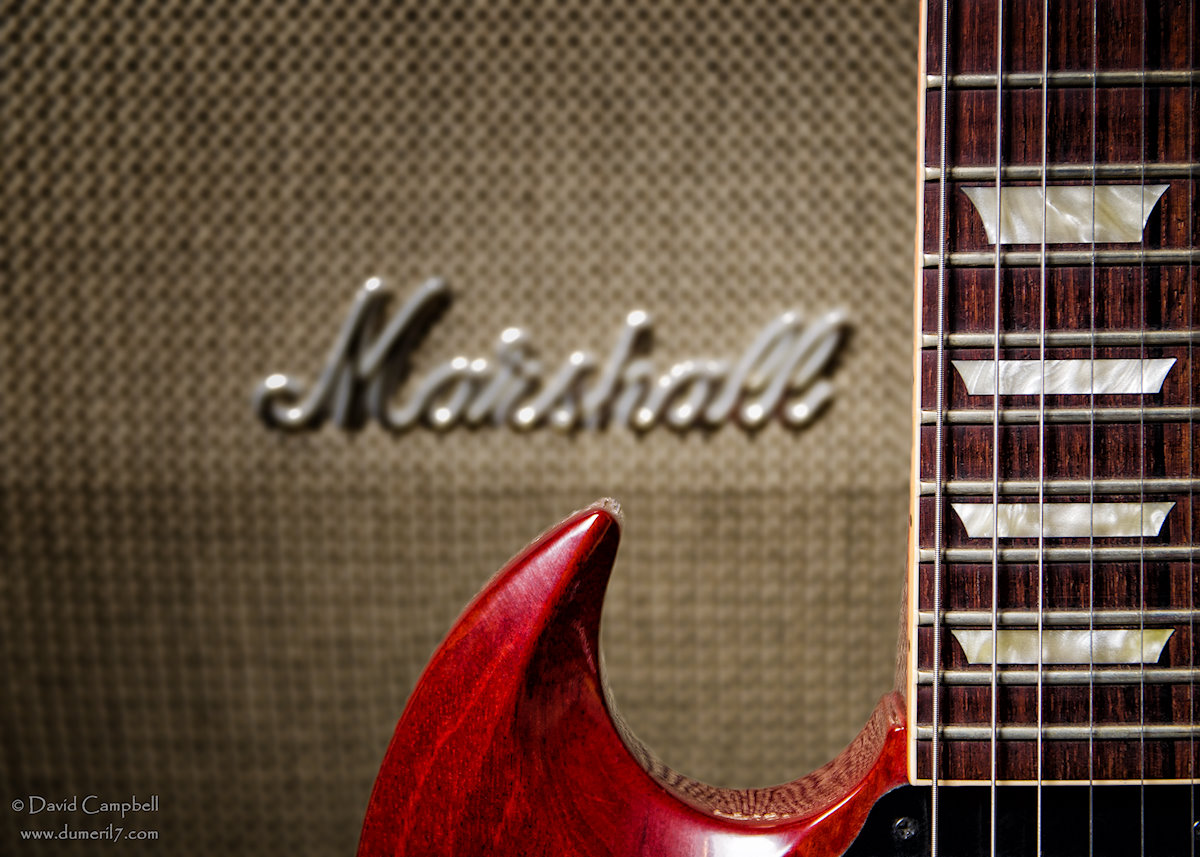