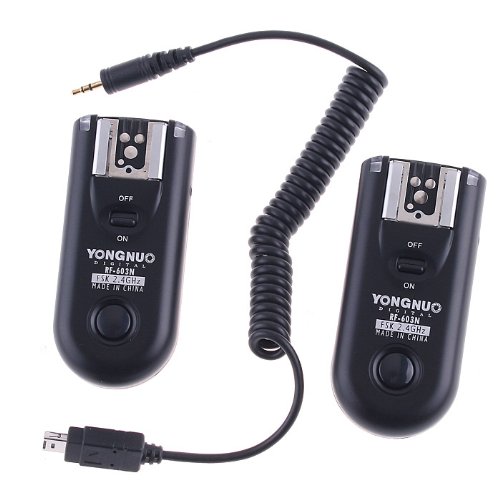 I've been sitting on this post for years. It's just a collection of thoughts I've been gathering about my Yongnuo RF-603N radio triggers. I bought them a few years ago and intended to post a review, but never got around to it. But I still have this collection of raw impressions.

The RF-603N has been replaced by the RF-603N II which essentially fixes a handful of issues with the original version that I have. The differences are 1) the on/off switch is now on the side of the trigger so it isn't obscured by the mounted speedlight; 2) the sync speed goes up to a full 1/320 (yea!); and 3), it has a more secure hotshoe. These features pretty much resolve every issue I had with the originals, and at around $35 I'll be upgrading for sure.

Other than the aforementioned improvements with the new model, my impressions of the RF-603N are relevant. So I'll post in raw form in case somebody is interested.