How I Use Nikon's Metering System 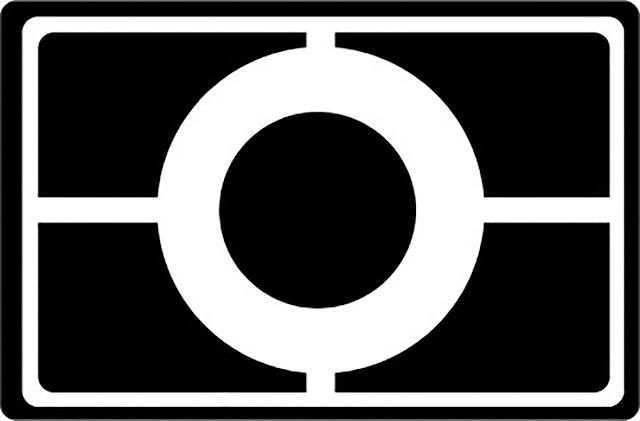 This is your last chance. After this, there is no turning back. You take the blue pill – the story ends, you wake up in your bed, and believe whatever you want to believe. You take the red pill – you stay in Wonderland and I show you how deep the rabbit-hole goes.

What Is The Matrix?

Nikon's Matrix Metering system divides up the image into a grid of rectangular sections and compares the grid pattern to a database of thousands of sample grid patterns ("scenes") to identify a match. A matching scene essentially tells the camera what type of photo you're taking (nighttime portrait against a lighted cityscape, for example). The system uses the identified scene along with other factors like auto-focus data, focal length, focus distance, camera settings, and face detection, to determine the exposure. It's a highly sophisticated and complicated system that nobody except Nikon fully understands and their literature on the subject is pretty abstract and unencumbered by usefulness. But it usually just works, so I'm cool with not knowing all the details.

So, most of the time I take the blue pill and live happy and ignorant in The Matrix, letting it perform its arcane magic on my exposure. More often than not, Matrix Metering's assessment of a scene is on the money. However, it's wrong enough of the time that I "trust but verify" using the Chimp Meter – the camera's LCD picture review, blinking highlights, and histogram displays. If the Chimp Meter shows a glitch in the Matrix, then I'll use exposure compensation to nudge the exposure in one direction or the other. Or, if it occurs to me that one of the other metering modes might work better, I'll take the red pill, flush myself out the gelatinous artificial womb/harvester of the Matrix, and switch metering modes. (Okay, I think I've taken this Matrix analogy about as far as possible. Maybe a little beyond.)

And that's when I'll typically turn to Spot Metering. Spot Metering meters on a small area of the frame centered on the currently-selected focus point. It determines exposure solely on the light reflected from that little area.

When I use Spot Metering, I'll typically pick the object in the scene that I want to make certain is exposed properly (usually a face), spot meter that, and lock it down using an Fn button that I've programmed. Or I'll spot meter several key areas in the scene and mentally extrapolate a compromise exposure somewhere in between and dial that in using manual mode.


Journey to the Center of the Viewfinder

I actually don't use Center-Weighted Metering much, although it has an obvious application for portraits. The Matrix usually just gets it right, and if not, I'm typically using Spot Metering or I'm in manual exposure mode using the Chimp Meter. One scenario where I do use Center-Weighted is if I'm using a CPL filter and it's throwing Matrix Metering off.

The new camera introduces Highlight-Weighted Metering mode into my life. It's currently only available in the latest pro and prosumer Nikon cameras – the D5, D850, D810, D750, D500, and D7500. Unlike Matrix Metering which is decidedly complicated, Highlight-Weighted Metering is conceptually very simple. It assesses the entire frame, but puts the greatest emphasis on highlight areas in determining the final exposure.

Put another way, it uses the insect algorithm for metering – it fixates on the bright light!

According to Nikon and Thom Hogan (who writes the definitive books on Nikon cameras as far as I'm concerned), Highlight-Weighted is tailor made for concert/theater productions. That makes sense. The dark backgrounds typical in stage lighting usually fool Matrix Metering into overexposure. Highlight-Weighted Metering would avoid that nicely. I haven't gotten to try it out on an actual stage scene because I don't shoot those kinds of events. But there are other similar situations that I have used Highlight-Weighted Metering for.

For instance, the first weekend I had the D7500 I was sitting in our darkened library fiddling with my new camera while my son was on the computer in the same room. The room was very dark, except for the light off the computer monitor, which cast a glow on my son's face that I thought looked pretty cool. I realized this was a perfect scenario for Highlight-Weighted Metering, and it did in fact nail it. Just to complete the experiment, I shot the same picture using Matrix and it exposed for the dark room which totally destroyed the mood of the scene.

So think about any scenario where the background is dark and the subject is illuminated by a focused or contained light source – a face blowing out candles on a birthday cake, or people around a campfire. These are all good candidates for Highlight-Weighted Metering.

Another scenario where Highlight-Weighted Metering can make sense: A high-contrast landscape with sky. In this scenario, I find that Matrix Metering will often overexpose the sky, washing out all of its color. Worse, if the sky gets blown out, there's no retrieving it. With Matrix Metering, I'd apply some negative exposure compensation, or switch over to manual exposure mode and dial the exposure down. Then I'd lift the shadows in post-processing.

Highlight-Weighted Metering ensures the sky is exposed correctly (at the expense of the foreground, if necessary) without me having to dial in exposure compensation or switching to manual mode. Then I'd do my usual shadow-lifting treatment in Lightroom. But if I wanted to keep things in-camera, I could combine Highlight-Weighted Metering with Active D-Lighting to lighten shadow areas on camera-processed JPEGs. That's a pretty powerful combination for high-contrast scenes.

All in all, Highlight-Weighted Metering is a very useful addition to the metering modes.