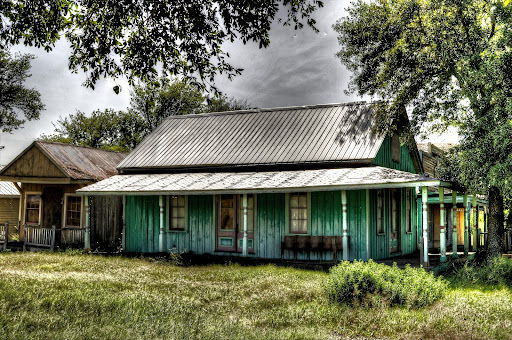 Not my home, but it reminds me of an episode of The X-Files called Home.  That episode was one of one of the most disturbing things I've ever seen on network television, as it involved - and I'm not exaggerating here - murder, incest, infanticide, amputees, and long-term bound captivity.  You know, wholesome family entertainment. When I type all that out, I'm still amazed this was on broadcast TV!  I remember watching the episode with my wife when it premiered and as soon as it finished we got a call from one of our X-File fan friends who opened with, "What the @#$% was that?!"  It was a great episode though.  Really!  Anyway, Winkelmann is a lot more picturesque and its advancing decrepitude is actually part of its charm, but it does have a bit of a Homey sort of vibe at the same time.
Labels: photography