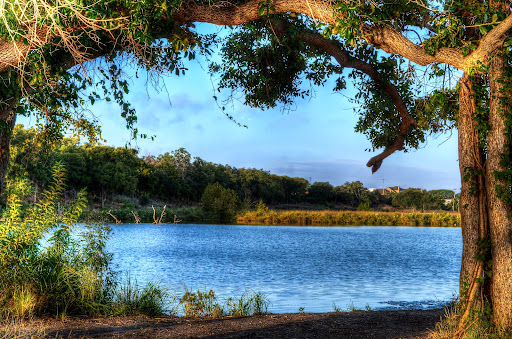 I've never been a big comic reader but one comic I used to adore back in the day was Bloom County.  Berke Breathed was a man I could relate to.  Clever, funny, and a bit odd, he lived in Austin as a student at UT, then moved to Albuquerque where he did his best work.  Bloom County was smart, topical, well drawn, and had endearing and enduring characters.  But most of all, it was consistently funny, which I can't say about many comics before or since.  But at the peak of his game, Breathed retired Bloom County.  Oh sure, he did a crummy send-off called Outland, but that was a very poor substitute.

Anyway, when I finished up this photo, it really reminded me of a cover from a Bloom County book whose name I couldn't recall.  The foliage, the framing device of the trees providing a portal to a serene landscape, and the warm golden lighting is what did it, although I couldn't remember the exact details of the Breathed's image.  And so with some Google help, I found it.  I think my memory of the cover is more similar to my photograph than the reality of it.  But the photo reminded me of a high water mark comic I enjoyed during a terrific period of my life.  And that's always a good thing. 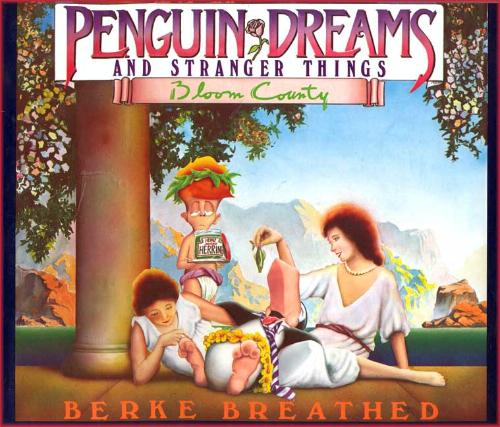