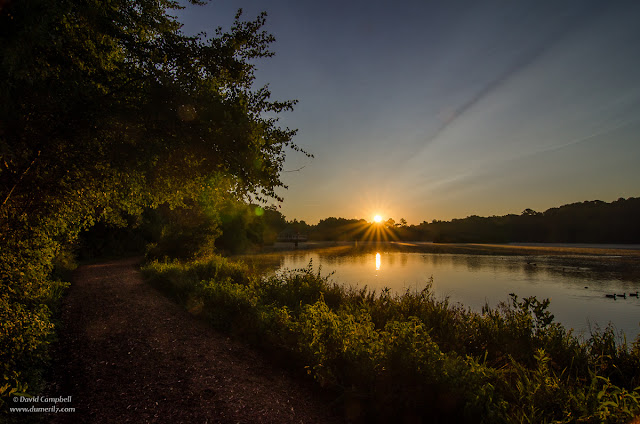 This is a pretty extreme example of where the camera couldn't capture the entire dynamic range of the scene. There are different approaches I could have used to expose this, but the one used was to set my exposure so that the sky was its actual color and brightness. This avoided blowing out the sky (except for the sun), at the expense of most everything else being in silhouette. All that foliage you see originally appeared pitch black in the unprocessed image. But I lifted the shadows in post and all the wonderful backlighting on the foliage was revealed, which is the way the scene looked in real life. The ability of a RAW file to retain all that information still amazes me even though I've seen it a million times. One fun element to this photo is the sunstar, which is the by-product of the small aperture (f/11) that I used.
Labels: photography